Things are getting weirder and more bizarre, thanks to social Media, an influence for both Good and bad. Today, a beautiful young lady has exposed a man she says has been harassing her s∈χually for two years.

This lady took to the gram (Instagram), where she expose a married man who has been harassing her s∈χually for over two years.

Also See: You Won’t Believe Where 2 Slay Queens Ended Up After Party (See Before & After Pics)

The lady took to Instagram, where she vent her anger, saying she got fed up with the man whom she says has been harassing her for years, and despite warning him severally, he refused to stop. This lady went as far as putting the photo of his family and begging anyone who knows the woman to tag her so that she can see what her husband has been up to behind her back. 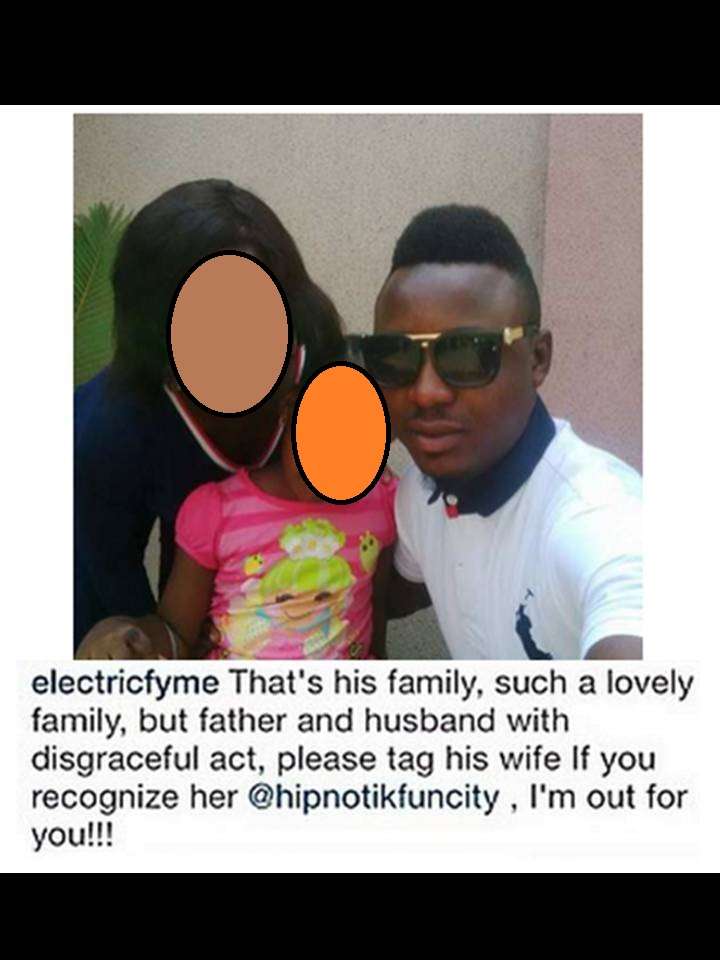 She wrote and I quote below:

“Can someone please tell this useful idiot to just stop calling my line with numerous numbers, and private number? When I pick, he’ll put the speaker on a p©rnο he’s watching. This man who have been giving me sleepless night, has a family but my son hasn’t slept well for almost 2yrs bcos of this rubbish act.

Recommended FOR You: 15 Nigerian Girls that Shared Photos Online which Shamed Nigerians

The truth is that I don’t know how he got my number but from the first time he started calling, he was using his own phone number. When he does call, he simply be wanking and moaning, I’d call back to warn him, he won’t pick, then he’ll call again, wanking and moaning for me, I’d be mad, who’s this, I’d send messages, call back all to no avail till recently God sent the people that invented TRUECALLER, I found out his name and discover who he is.

When I finally got his name and details, I confronted him, then he stopped calling me with his number, but he continued with private number, everyday I wake up to see 45 – 100 missed calls from one private number, he calls 2am, 3am, there was one night, my 2yrs old son picked around 3am cos I was sleeping and the phone had been disturbing him.

I was just hearing p©rnο sounds in my dream, and I taught my son how to put calls on loudspeakers, because that’s how I taught him so he can talk to his grandmother. I woke up and saw my son seriously listening to d moanings and slammings, say “eyo eyo”.

This most painful part is that my son is stressed, and this guy has a daughter and I’m sure she sleeps well at nite, why won’t he leave me and my son to sleep well?

I’ve been enduring this his stupid addictions for almost 2yrs, patiently thinking and praying he’ll grow up, but now I’m sure someone cursed his mother when she was pregnant with him.

What DO you think she should do to this guy?