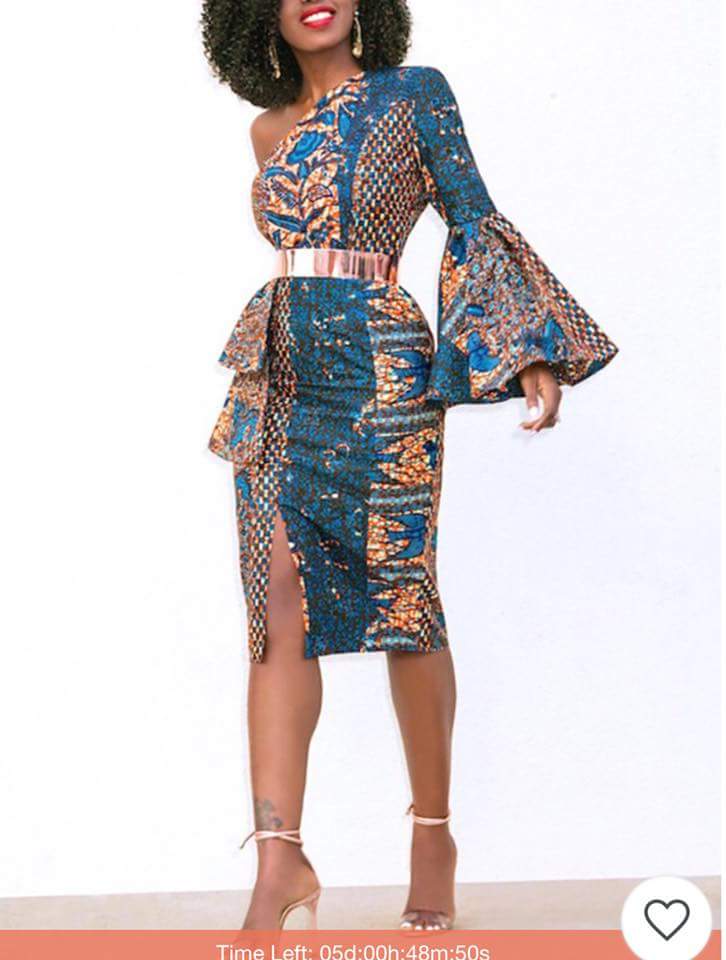 Normally, I don’t share stories like this, But there are certain stories that makes one cry and same time, Angry than ever. I was reading Latest entertainment news when I came across this story, and sincerely speaking, I was madder than craze.

According to reports, A Woman in Liberia burn this little girl’s hand with hot oil, locks her up inside storeroom for one month as punishment for eating her rice. Yes, you absolutely and correctly read It right.

Burns her Hand for eating her rice.

The story was reported and made Millions angry, as the Liberian woman is behind bars after she allegedly burned the hands of her friend’s little daughter with hot oil as punishment for eating her rice.

Also Read: What Happened to this Man After ℜaping his Neighbor Will Make you Clap for Joy 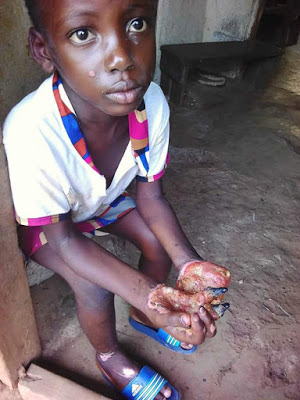 According to reports we received and confirmed, the incident happened in New Pleebo, Maryland County, Liberia.

Here’s how it all happens. The woman put the girl’s hands inside hot oil as punishment for eating her rice and then locked the lady inside a storeroom since the 2nd of January. This little girl was rescued yesterday, February 1st, after concerned neighbours alerted the police.

Also Read: Here Is the Most Curvy and Sexiest Woman in Africa – See Pictures and Videos before Arguing

“Folks, here’s what happened in Liberia today. According to information from a correspondent of ELBC (George Mombo) this morning, it was reported that a woman who was residing in New Pleebo, (Zone 11)of Pleebo, Maryland County burned this little girl’s hands and feet beyond anything imaginable. 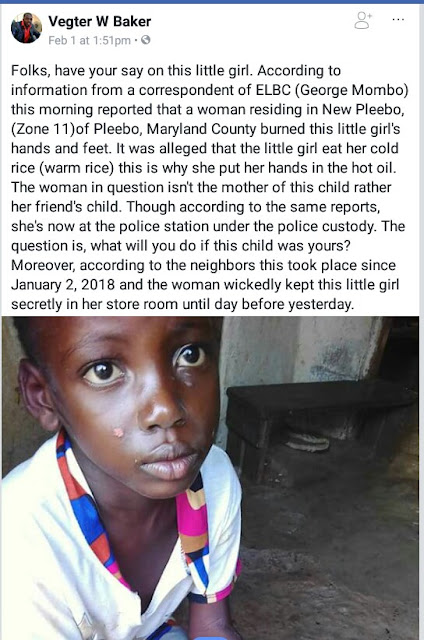 It was alleged that the little girl eat her rice (warm rice), which made the lady put her hands in the hot oil. The woman in question isn’t the mother of this child, rather, it is her friend’s child. Though according to the same reports, she’s now at the police station under the police custody. The question is, what will you do if this child was yours? Moreover, according to the neighbors this took place since January 2, 2018 and the woman wickedly kept this little girl secretly in her store room until day before yesterday.”

Here’s the Inside of the Most Expensive Hotel Suite in the World $83,200 a Night