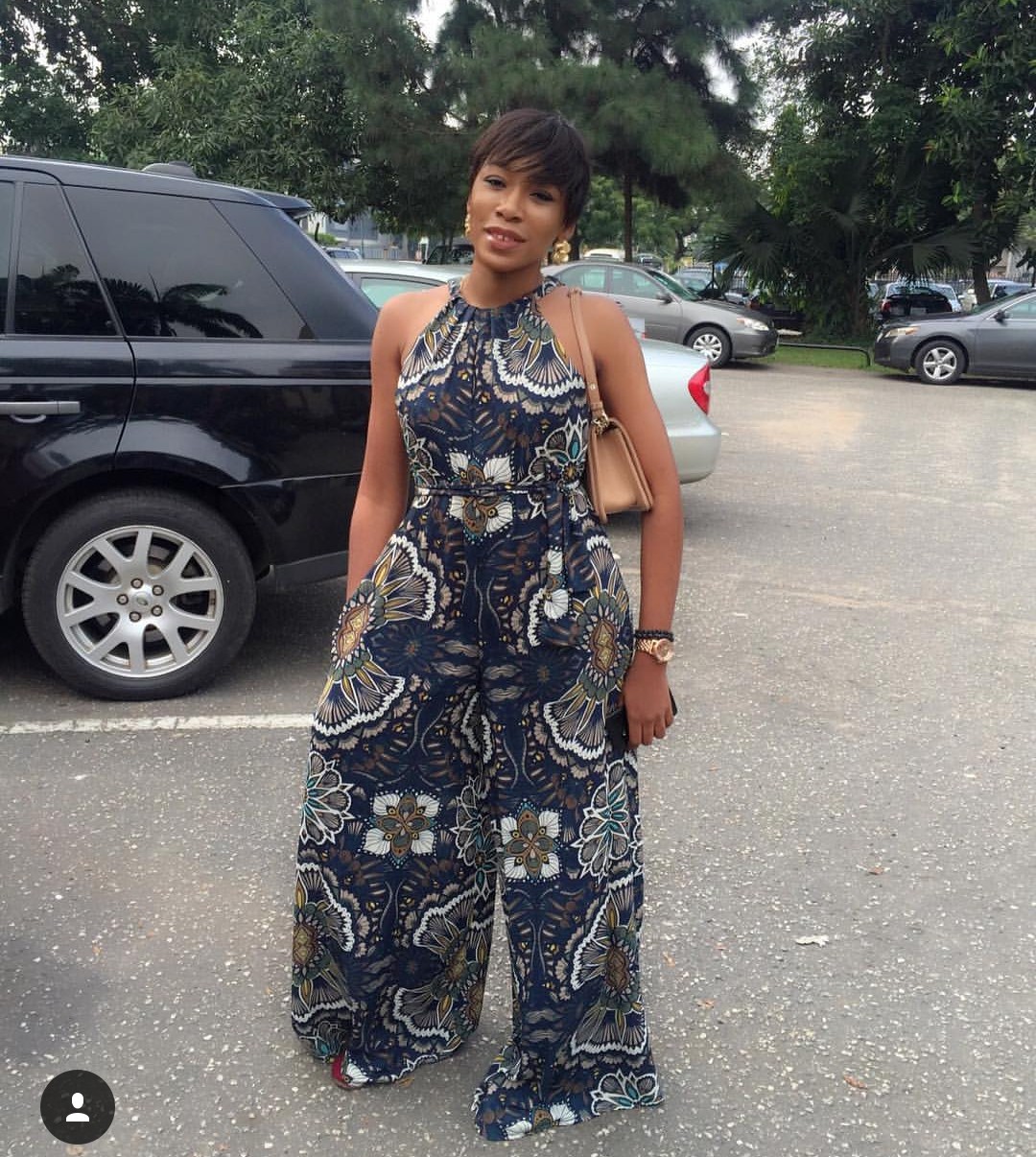 This is globalpowerafrica.com, and I welcome you, to this website. I’ll be writing today, on the top 10 wonders of the world, and you’re welcome to read, argue, comment and share this post. If you disagree with any of the wonders listed in the article, you’re welcome to use the comment page and share your thoughts with us.

Here is the list of the top 10 wonders of the world, which are the masterpiece, showing off the skills and handwork of the people of that particular era.

However, when we come to see how these massive structures come into existence, we become astonished to see and think how these wonders were built in such remote ages, where there was not even any recorded modern technology and machine. Looking at how beautiful some of these things were handcraft by Men, we’ll bring you, the 10 Wonders of the Ancient World.

In all honesty, I really love this article, it opens your eyes to see the wonders of the earth, and reading this article, means you want to be more educated and know your surroundings. It’s with pride and joy that I say welcome, as I show you, starting from Number 10, the most important Wonders of Planet Earth.

Top 10 Wonders of The Ancient World

The Roman baths were built during the period Rome was the world leader. The famous Roman Baths complex is a site of historical interest which is located and situated in Somerset. The house is a well-preserved Roman site for public bathing.

The Roman Baths are one of the biggest tourist attractions in the world and usually receives more than one million visitors a year. The Roman Bath was featured on the 2005 TV program titled: “Seven Natural Wonders as one of the wonders of the West Country.

The ONLY problem? Tourists and visitors can see the Baths and Museum, but cannot enter the bathing water.

I have seen this tower on social networks several times, with many people been innovative and using it as their walking stick, catching it, while others seem to be holding it from falling.

The Leaning Tower of Pisa is one of the biggest tourist-attracting centers in the world. This tower was constructed first in Pisa a city of Italy, and amazingly, the document showing the actual date it was commissioned is still available.

The leaning tower was constructed on the 14th of August, 1173. It is known due to its inclinations towards the right side. Till now it is stable and nothing has happened to it. World engineers have examined the building and there is absolutely nothing to be alarmed about.

I wonder what kind of chemical compounds was used in erecting this magnificent building or the things used in laying down the foundation.

The ONLY problem with the Leaning Tower of Pisa?

It’s just leaning and tilting in the right direction.

The Colosseum, which is also known as the Coliseum. The Colosseum was originally the Flavian Amphitheatre is an elliptical amphitheater in the center of the city of Rome, Italy.

The Colosseum is one of the greatest architecture ever built by man in the history of Rome, Italy. This magnificent building was originally known as the “Flavian Amphitheatre” during the early century when it was built. The Colosseum is actually the largest amphitheater to have ever been built in the Roman Empire to date.

The structure in which it was built, made it one of the wonders of the world, The Colosseum or Flavian Amphitheatre is a circular structure that occupies a site east of the Roman Forum.

Like the popular film, Spartacus where the gladiators fight in Arena. The film tries to draw a picture of how ancient Rome operates. You should note that the Film, Spartacus portraits how Humans live during the early centuries.

The main reason why the Amphi-theater was built, is to organize gladiator contests where they fight till the last man or team is standing, huge dramas show and games like hunting animals, constructing mock sea battle and the public could also view it in the open, and cheer their favorites person, team.

Have you ever heard of the Chichen Itza before? To many people, this is the first time they are actually hearing it, and most persons won’t know that it is, among the wonders of our world 😀

Chichen was founded by the Maya civilization in 400 AD. The Chichen is situated and located in the north-central, north of the Yucatan Peninsula, which is now known and called Mexico.

Chichen has an amazing history that historians find astonishing and startling. Chichen has a history that is One thousand, five hundred (1500) years old and is located 75 miles from Merida.

It is said to have been the main regional point for different ceremonies. During the earlier days and time, this magnificent building was governed by priests. The name “Chichen” means “At the mouth of the well of Itza”.

Unlike in China, the word “Chi” stands for ‘mouth’, while the world “Chen” for ‘well’ and Itza for ‘the Itza tribe’. According to documented books, the main belief is that people were thrown from the top of the building as a sacrifice, which is to make their gods happy.

ANYONE who survives the throwing automatically becomes a priest and is believed to be seers chosen by the gods.

The Hagia is located in Turkey and was first built as a church, in the now islamic Country. History has verified facts and documents, showing that this huge and astonishing building, was built as a church.

Hagia Sophia is a former Christian patriarchal basilica (church), but when Muslims starts their immigration and the genocides of Armenians in the last century, it was later turned into an imperial mosque.

But the good news is that the Turkish government has turned Hugia Sophia into a museum in Istanbul, the capital city of Turkey. Hagia Sophia is currently the second-most visited museum in Turkey. This startling and beautiful building attracts an annual 3.3 million visitors.

However, from its initial conversion until the construction of the Sultan Ahmed Mosque (Blue Mosque of Istanbul) which is near this building in the year 1616, Hagia Sophia was the principal mosque of Istanbul, Turkey.

The Hagia Sophia served as a big inspiration to the Muslim world, and has so far, inspired several other mosques to be built in its manner. Like the Ottoman mosques, Blue Mosque, the Şehzade Mosque, the Süleymaniye Mosque, the Rüstem Pasha Mosque, and the Kılıç Ali Paşa Mosque, all built after Hagia Sophia.

The Machu Picchu seems like it’s built by Nature, and everyone who has ever visited this amazing place can attest to the fact, that this is true, one of the biggest wonders of the world.

There is something amazing you need to know about Machu Picchu, you don’t just visit this place like any other place, because of its location.

Machu Picchu is the pre-Columbian, Inca empire site. It is situated and located almost 8,000 feet above sea level. The site is located on a mountain ridge above the valley of Urubamba in Peru.

The city is also called a mysterious name, which is the “lost city of Incas”. Machu Picchu was built around the year 1450, at the height of the Inca Empire. It was abandoned just over 100 years later, in 1572, as a belated result of the Spanish Conquest.

And in the year 2007, it was voted one of the New Seven Wonders of the World in a worldwide Internet poll.

Who hasn’t heard of the love temple? Even the world most famous Princess, Princess Diana once visited the Taj Mahal temple.

This eye-catching and same time, the breathtaking building was constructed by the famous Mughal ruler, named “Shah Jahan”.

What made this building striking, is not ONLY about its structure but the story behind it.

The Taj Mahal was built in memory of his beloved wife, Mumtaz Mahal. The Taj Mahal is regarded by acclaim Historians as the best example of Mughal architecture and is widely recognized as “the jewel of Muslim art in India”.

The Taj Mahal is one of the world’s most celebrated structures and shows a symbol of India’s rich history. The Taj Mahal attracts a huge and massive tourist of more than 3 million visitors a year. In 2007 it was declared one of the top 10 Wonders of the World.

This isn’t just any type of Art or carve, BUT it is one of the Biggest and largest Art Deco statues in the world.

So far, this is the 5th largest statue of Jesus Christ of the Christians in the world. Which is a symbol of Christianity across the world?

This amazing statue has become a cultural icon of both Rio de Janeiro and Brazil, as it has been chosen as one of the New Seven Wonders of the World.

This massive and huge statue is made of reinforced concrete and soapstone and was constructed between 1922 and 1931.

This is one of the most beautiful sceneries in the world today. The Petra looks like a city made up of stones.

Petra is an archeological city of Jordan, and it is mostly known and famous for its rock-cut architecture and water conduit system, which seems like it was built by Nature, not man Made.

Another name for the city of Petra is the “Rose City”. Why it was also known and name the Rose City, is due to the color of the stone out of which it is carved.

Established during 312 BCE as the capital city of the Arab Nabataeans, it is a symbol of Jordan. This city, Petra lies on the slope of Jebel al-Madhbah in a basin among the mountains, and this form the eastern flank of Arabah (Wadi Araba), which is the large valley running from the Dead Sea to the Gulf of Aqaba.

Petra was also chosen and named among the New 7 Wonders of the World in 2007. Petra brings in Millions of tourists annually, and is one of the main income of Jordan.

This eye-catching building is one of Jordan’s most-visited tourist attraction and is listed among the “Places to See Before You Die”.

1. The Great Wall of China.

You’re supposed to know, that for this to be placed as the #1 wonders of the world, it’s going to be massive.

The great wall of China is considered to be among the firsts of the New Seven Wonders of the world.

The Great Wall of China was constructed during the 7th century BC. It is a series of fortification, which is mainly built to protect the Chinese states and empires against incoming raids and invasions of the various nomadic groups of the Eurasian Steppe.

The great wall of China was built like the Tower of Babel in the bible, except this time, God didn’t stop them. It is rumored that thousands of people died in the course of building this great wall.

So it’s your turn! What do you think?
Is there any other tourist attraction or one of the wonders of the world I missed? I would love to hear from you!