WHY do women believe that Men are made of thick skin? Actually, there are lots of Women who are stronger than Men, and in Relationships, Women are always stronger emotionally than Men. It’s just that they are very good at hiding their feelings.

It really does not matter how long you’ve been married to him or how well, you managed to know each other, there are certain things, Men commonly keep super-close to the heart. The general mentality and macho feeling have trapped guys in a tight corner, making it harder for guys to express their insecurities, emotions or needs. We asked a couple therapists to give us a peek into his brain—what he’s thinking, what he’s saying and what he isn’t saying—but definitely should be, too.

Recommended: Are you Dating a Guy? Here are 13 Gentleman Etiquette To Rate Your Man; #5 is Spot on!

You’ll find this piece interesting, and it’s surely an eye-opener. You won’t regret reading this today. 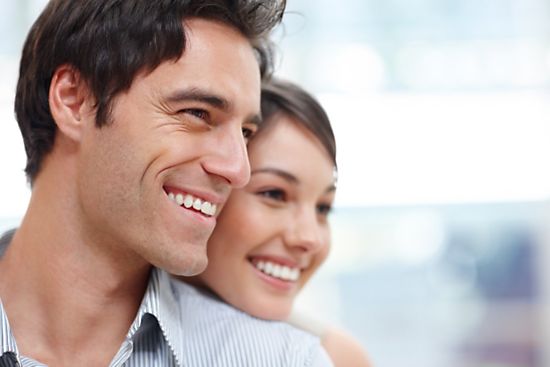 The day Women stop visualizing men as macho things with high control over emotions, that is when they’ll start seeing that they aren’t much difference, between a guy and a Lady. It’s unbelievable but true, that most Men have body insecurities.

Surely, you shouldn’t expect him to voice it out, but your constant reminder that he looks great and fit, plus always reminding him of your love for his body, will give him confidence and reassurance. Stop walking with your husband and points out guys with 6 packs to him, when you know he’s got nothing like that, or trying his best to get fit, so you’ll find him attractive.

Unlike you like the lady, you may just decide to slink into one of your most alluring dress after a week of SoulCycle classes and ask him how you look, which is normal. But your husband is probably never going to sniff around for a compliment about his body.

Still, he needs your reassurance always, he needs to know particularly you, still think he’s attractive, too. “Men feel the pressure to put out an energy that they are confident and secure, but most of them really need to know that you still desire them,” says LA-based couples therapist Ellen Bradley-Windell, LCSW.

Speaking on this issue, Ellen Windell says: “Verbalize to your husband, ‘I am really attracted to you!’” “And tell him why you feel so lucky to be married to him.

Most times, Men tends to play it off as unimportant, they really are grasping on to every word you’re saying.” and will be playing it over and over again in the heart, whenever they feel down or have body insecurities.

He Doesn’t Know How to Fully Open Up

Gosh, it’s super easy for a woman to open up and talk about their problem. It seems like the world is easier for women when it comes to a relationship.

“I often have to probe the men more than the women to expand on their concerns.” And it’s not because they don’t have emotions or concerns, but because men have likely been taught to work through these things independently—or bury them—from early childhood. SO it’s something they unconsciously grow into believing, making it hard for them to open up.

So you shouldn’t be surprised at all, if your Husband is having a tough time telling you that he’s hurt after an argument, frustrated when you’ve worked late every night for two weeks or that he wishes you’d take his financial concerns more seriously than you’re acting.

According to Dr Tomanika Witherspoon, who says and I quote; “This can ultimately become destructive as the husband, who may feel neglected and have feelings of resentment because his needs are not being met because he’s not identifying concerns,”

It is very important for the wife to keep on encouraging her husband and be patient. This is the ONLY thing you can, so to earn his trust and be his secret pair. Make sure that you try your best to communicate your emotions clearly, and wait for him to access his. Go the extra mile to see his side, and he’ll reciprocate.

He’s Totally Dependent on You.

Most men want a wife that they can lean on for support, and at the same time, NOT to appear weak to their wives. Most guys find it easier to be the provider and protector of the Family, but surprisingly, a fewer number will readily fess up to needing someone else’s constant support, even if it’s from their own wives. If you’ve not encountered such a situation before, then you must have come across it in movies, where the guy tries to refuse any help offered in most situations, trying to solve the issue themselves.

“It’s true that Men have buddies at the gym or in the workplace, but it is very uncommon for them to have a true, loving friend who unconditionally understands their heart or emotions,” Windell says. “What Men really desires, is a partner that truly understand them without judging them first. Men really desire the idea of being able to lean on their wives for that support, but don’t want to appear weak at the same time.”

As a wife, you should NOT forget to be his lover, wife and bestie. Try to always ask him what’s going on at the office, or plan a date night just to talk about stuff, stuffs about him. Whenever he looks stressed, tell him things like these:

“AM here for you, to listen, even if you decide to say nothing”

The truth is this. if you tell your Spouse that you’re there for him, there’s the probability that he’ll tell you, “nothing is wrong at first”.

However, when he decides to shares, absorb what he’s saying—and don’t be afraid to respond. He wants your opinion. Wives should know that “Their honest and positive feedback is the most important part of being their husband’s best friend.”

He Loves Cuddling Than You Know

This decides the Lol 😀 BUT this is the honest truth, your husband might love cuddling that he’s letting you know. Sometimes, he might not be in the mood for $ex, but that doesn’t mean he doesn’t want to get close and be intimate with you.

Wives should know, that “Just as much as they crave the emotional intimacy, which is associated with cuddling, men enjoy these little moments, too. So don’t let him fool you into believing otherwise” says Windell.

You can just grab his hand, touch his shoulder or get closer in bed. (We’re partial to spooning.) Sometimes, of course, $ex is on the brain. But on several occasion when he’s not thinking about the $ex, a gesture from you, like placing your hand on his arm is the only reassuring touch he really needs.

Hope you understand what your husband really needs and try to help him understands, that you’re there for him.
These are the things that strengthen the core of any relationship, making it strong for any trouble that may arise.