Social Media is opening more and more ways, and becoming a great tool to fight for something right. Founder of The Boob Movement, whose real name is Abby Chioma Zeus, has taken to Instagram to address those questioning if her eye-popping breasts are natural, or she has gone through the knife.

According to the South African-based Nigerian model, who is also an activist of Body Positivity, her breasts are natural and have been big since she was at the tender age of 13. 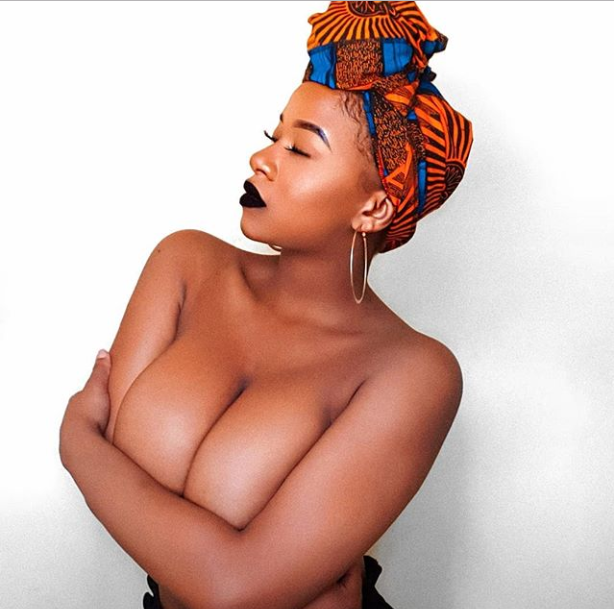 She wrote and I quote below:
‘If you’re asking if my breasts are natural, yes, this is how I’ve looked since I was 13 years old. And I’m okay with it, no need for reduction.’

In yet another post on her instagram that has gone viral, Chioma wrote: ‘The only people allowed to have an opinion about breasts are newborn babies. I’ve never met a newborn baby who has a problem with breasts. So sssssshhhhhh!!!!’ 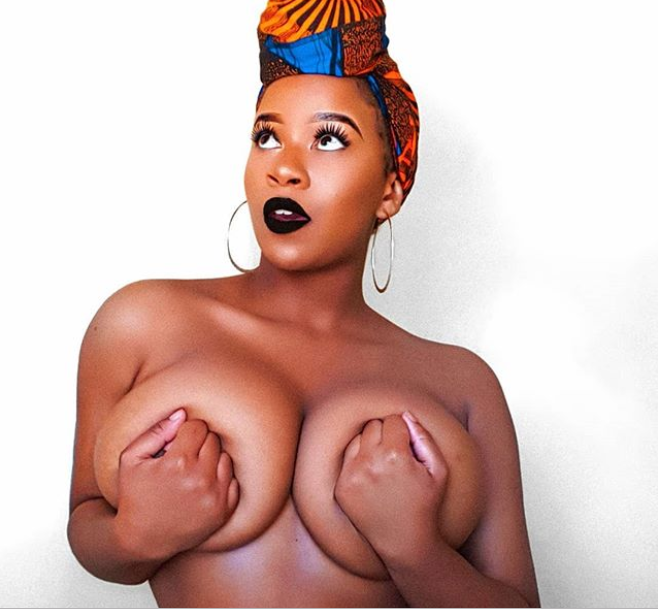