Isn’t it shocking to see how Africa can use black magic to do awesome things like this? But when it comes to developing themselves, they always 15 century backward, electing 99 years great grandfather as their Presidents. Back to topic of the day, a thief tearfully surrendered to the Police, when a load he took refused to leave his head.

According to multiple reports which is currently trending online, is that of a suspected thief, who was forced to surrender himself to the police after the bag he allegedly stole from a woman ”refused to come down from his head”.

The suspect who reported himself, has been identified as Frank Buhet. Mr Frank stole the bag which he took home but couldn’t bring down the bag from his head, after trying everything. 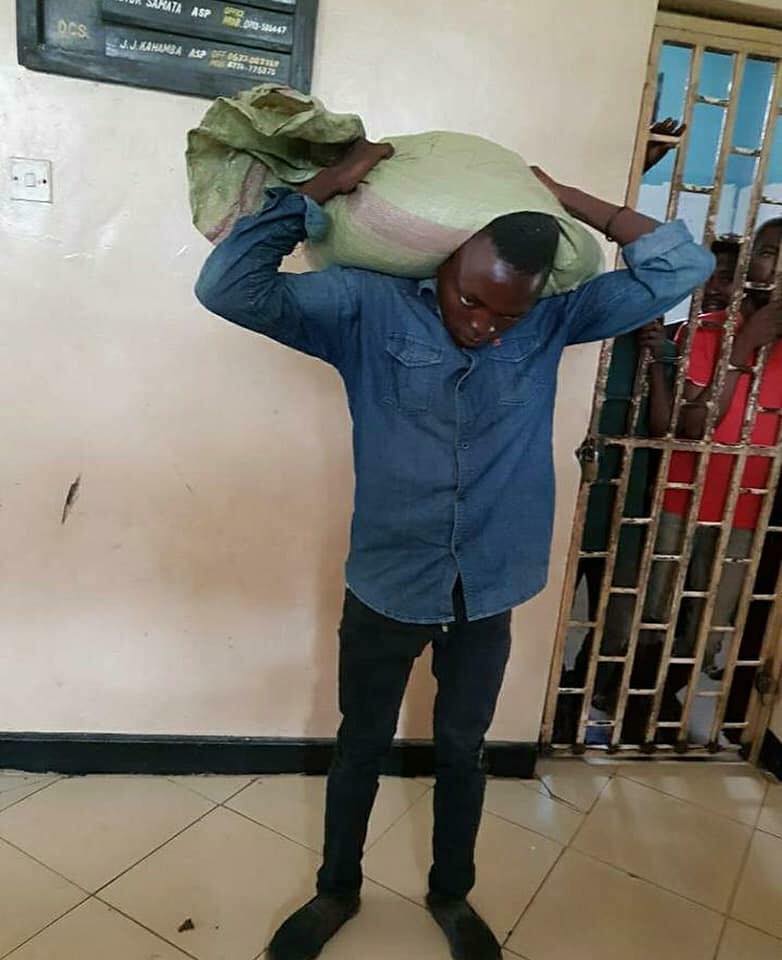 The shocking incident happened in no other place, but the beautiful Africa country, Tanzania.

He said, he started walking from one road to another but the load was still hanging on his head.

Reports have it that he even tried laying down on the ground but the load was still unable to remove, and no one was able to remove the load from his head.

After spending for a very long time to remove this load, he decided to surrender himself to the police so that he would not be killed by angry people when they eventually notice that he stole the bag, since the bag refused to leave him.