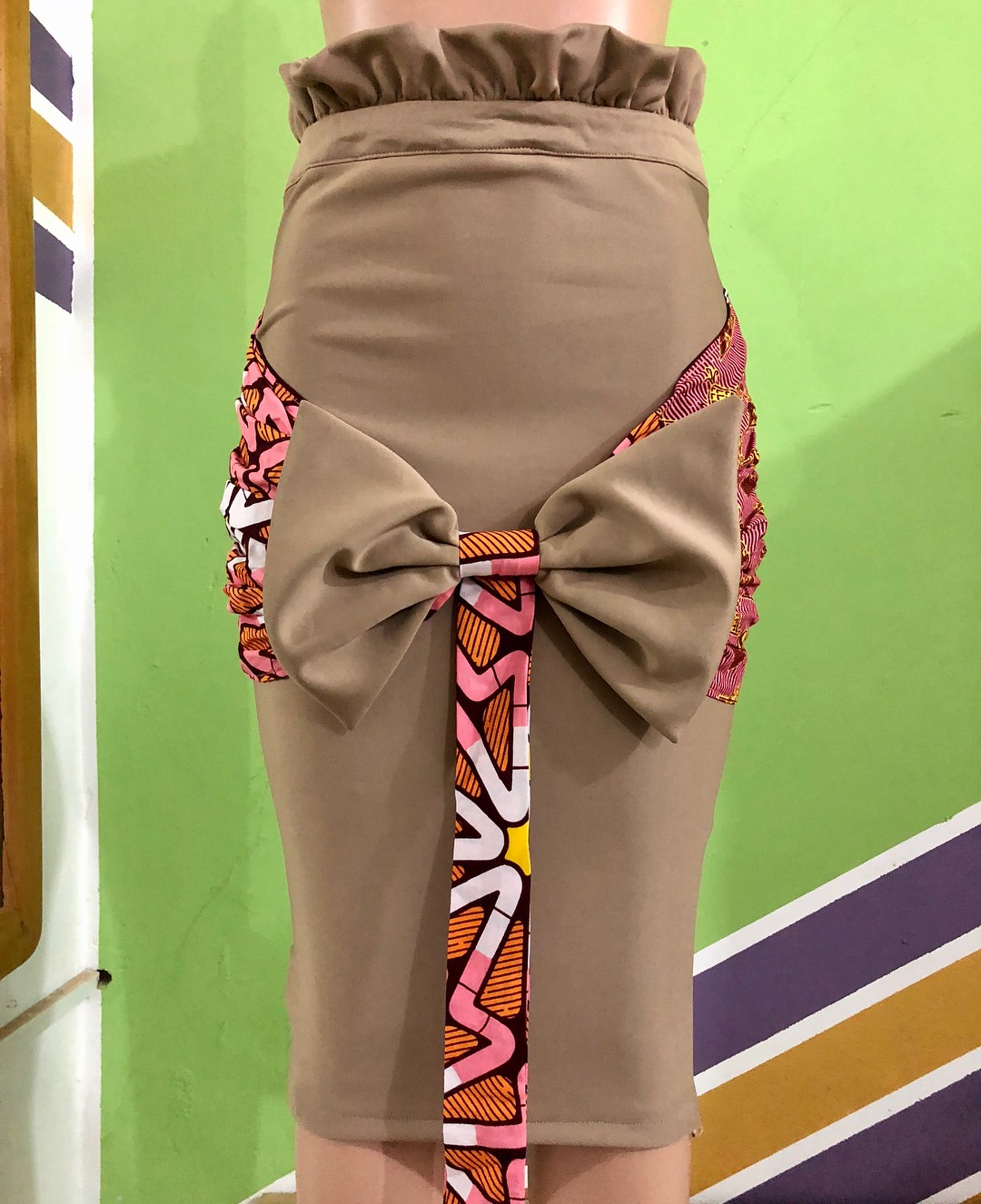 It seems like the 21st century, is the worst time in Human history, to have a best friend. Because one single mistake, and the World will get to know about your dirty secret live. Thanks to entertainment blogs and gossip pages: (We’re guilty too)

So, a Facebook User who goes by the Name, Oluwa Shidara has called out a “now former best friend”, who she claims has actually slept with almost all the Nigerian guys on Facebook for money. Miss Oluwa Shidara, even went further to disclosed some of the guys whom her friend has slept with.

The two guys are popular “slay kings” on Facebook, and alleged that this her ex-best-friend and room mate, identified as “Ayoniadee Gucci Gucci” has slept with them, and claimed she stole her “very expensive slipper” and Bag her boyfriend got for her. 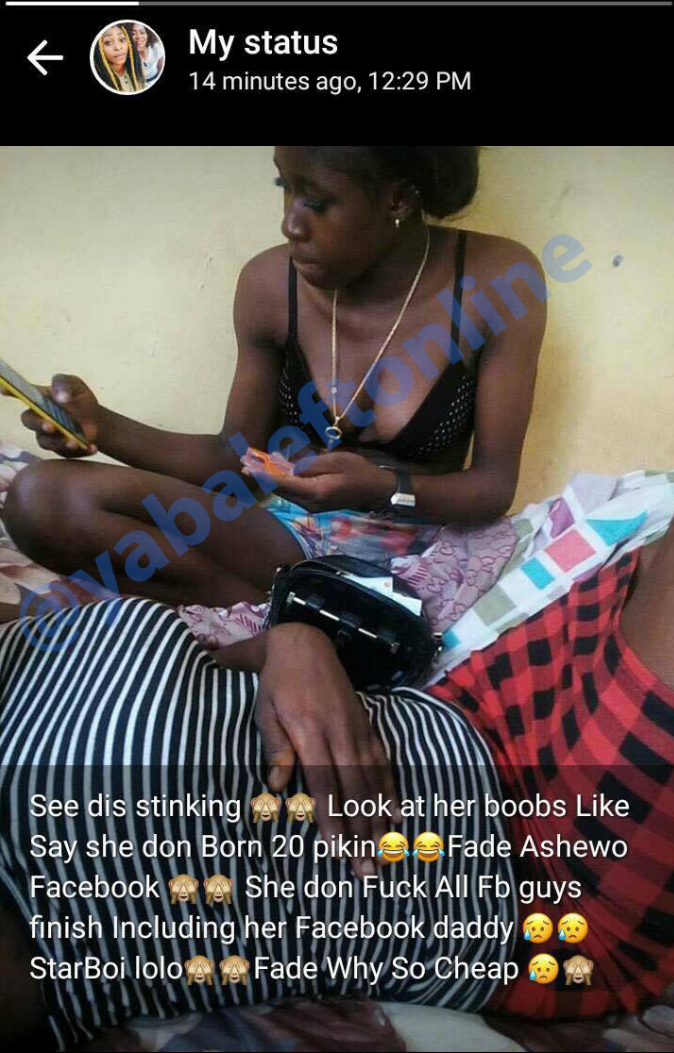 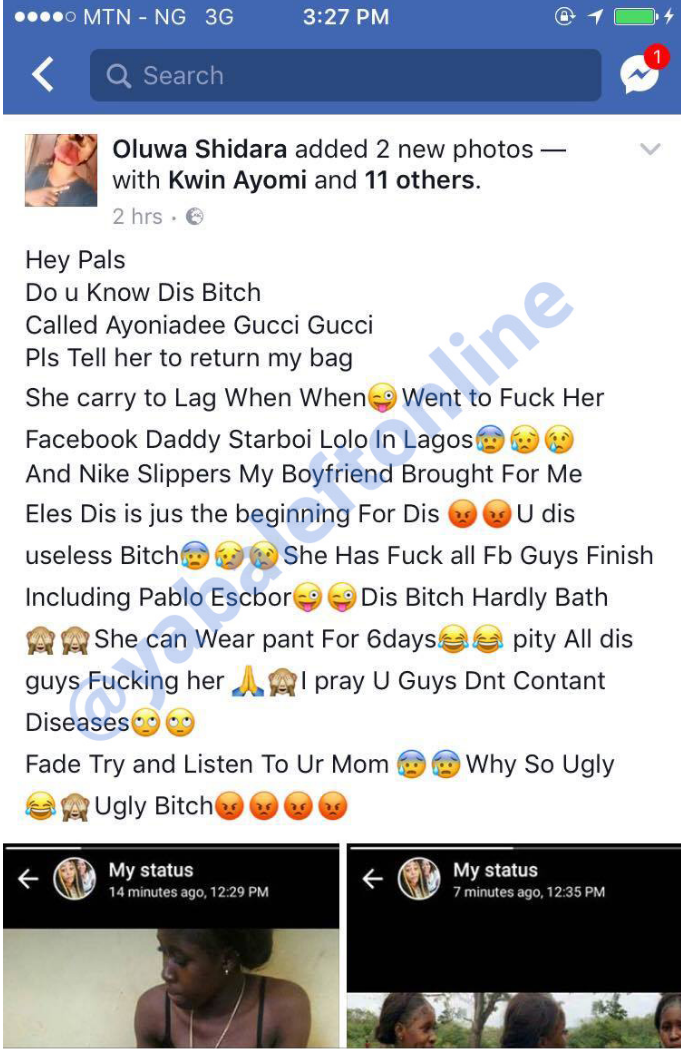 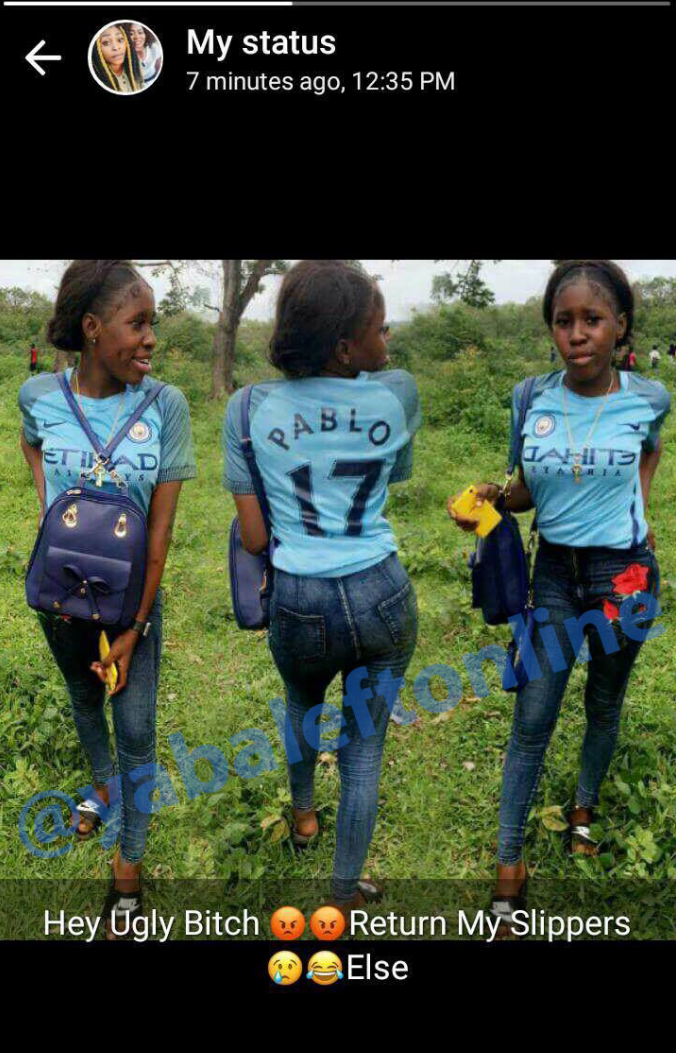 She took to Facebook to write, and I quote below;

“Hey Pals, Do you know this bιtςh Called Ayoniadee Gucci Gucci?. Please anyone who knows her, should simply ask her to return my bag she carried to Lagos when she went to F** her Facebook Daddy, Starboi Lolo in Lagos. and Nike Slippers My Boyfriend Brought For me. Eles Dis is just the beginning for this problem.

Ayniadee Gucci GUcci is a useless bιtςh and has fuc*ed all FB Guys finish including Pablo Escobor. This bιtςh hardly bath. She can wear pant for 6 days. pity all this guys F***ng her. I pray you guys don’t contact diseases. Fade try and listen to your mum. Why so Ugly. Ugly bιtςh

Although it seems like the Ayoniadee Gucci Gucci has deleted her account or changed her name, Oluwa Shidara is still very much slaying, and even though some persons are still cussing her on facebook for outing a previous roommate like this, she hardly replies, and just keep slaying and bashing her enemies and haters..