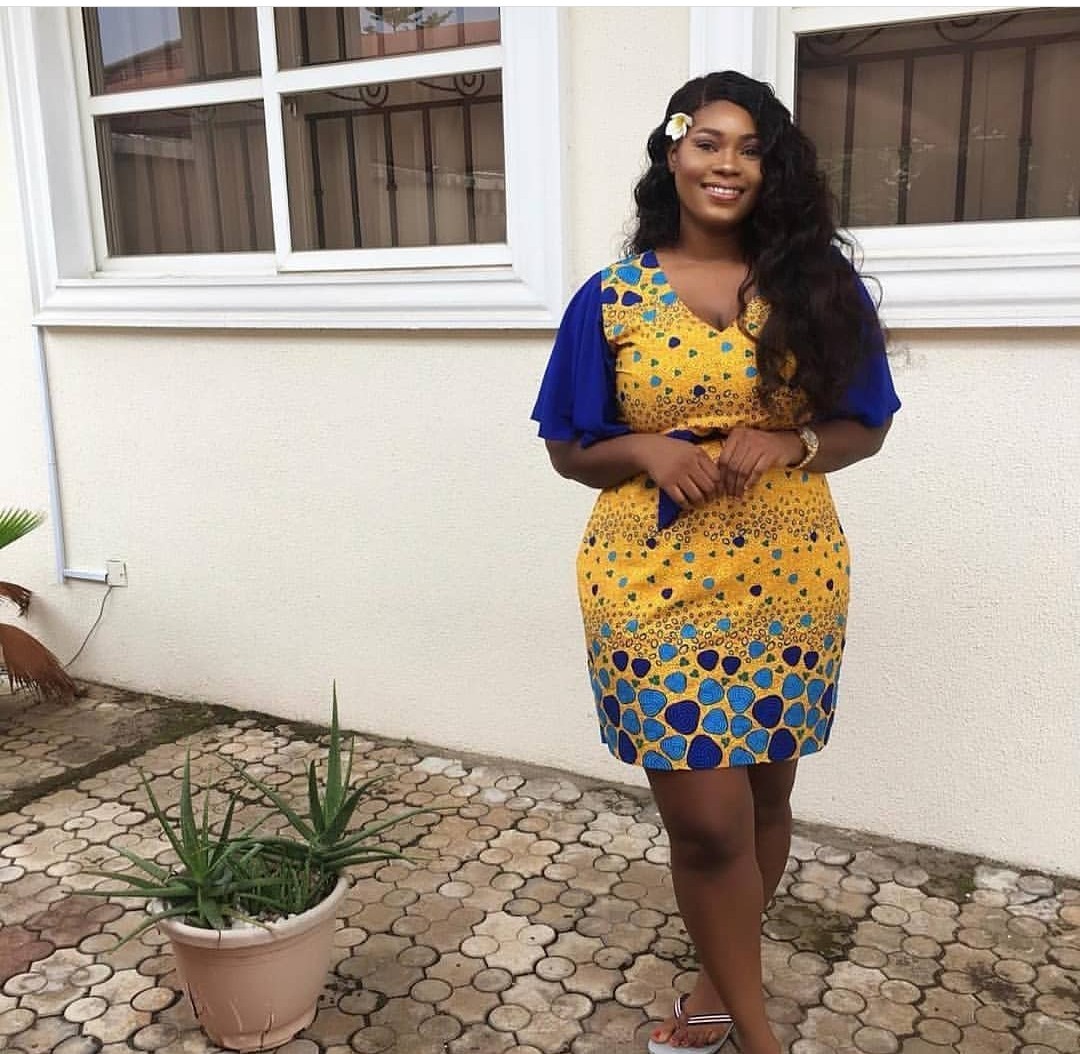 Today on EGM, I want to reviewed the List of Africa Most richest Women. If you are an ardent reader of this Blog, (By the way, thank You :D) You’ll know that i wrote an indepth article on Forbes list of 10 Richest Women On Earth for 2018.

Want to read it? Here is Pictures of 10 Richest Women in the world

The Major reason why i decided to write on the Richest Women in Africa, is to show Africa Women, that it is possible to be a Millionaire, even a Billionaire in Africa. 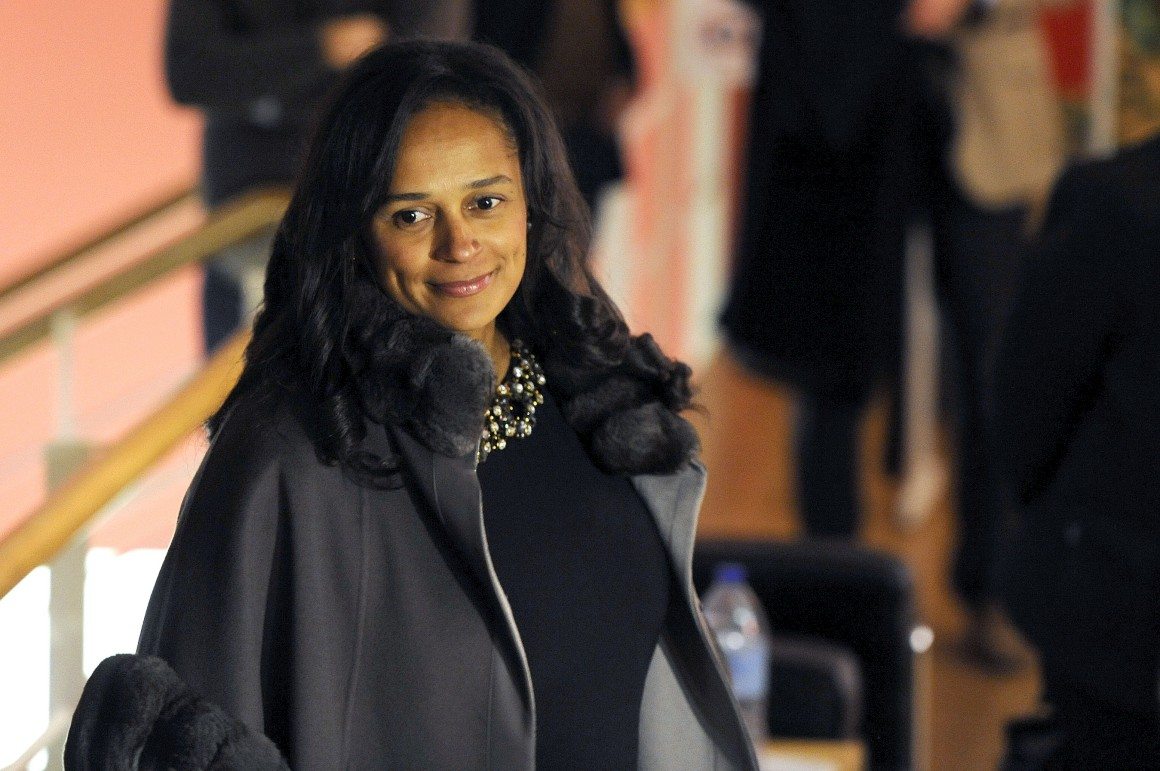 Isabel Dos Santos is the Richest Woman in Angola. Angolans calls her “Princess”, and she was mentioned in Forbes as one of the youngest and first female billionaire in the Africa Continent.

Isabela Santos even Made it in the BBC list of the 100 most powerful women in the world.

Taking a stroll with you to Meet the richest Women in Africa, i would love to introduce you to Isabel Dos Santos – the eldest daughter of José Eduardo Dos Santos, who is the President of Angola since 1979, which Means he has been President for 38 Years.

According to the latest data gathered about this Wealthy and Politically strong Family, Isabel Dos Santos net worth is estimated at $3.7 billion USSD Dollars. She is supposed to be the richest woman in Africa. The Media, especially the international media are presenting Isabel as a hard-working and independent business woman, who is taking the bull by the horn and creating opportunities for development in Africa continent and who has achieved the net worth of her Wealth by honest way.

However, looking at it from the Angolans side of it, the citizens aren’t that Much happy about her net worth as the International Media is portraying. In the year 2015, Angola became the largest oil producer in Africa and was included in five countries where diamond can be mined on the continent.

Despite this double source of Wealth for the Nation (Oil and Diamond Mining) A soul breaking report disclosed that More than two-thirds of Angola’s population lives on less than $2 per day. According to the corruption perception Index of the world, Angola is among the 14 most corrupt states all over the world.

This is one of the Major reasons why People have started doubting the source Of Isabel’s wealth and her rise to become the richest woman in Africa by honest way. 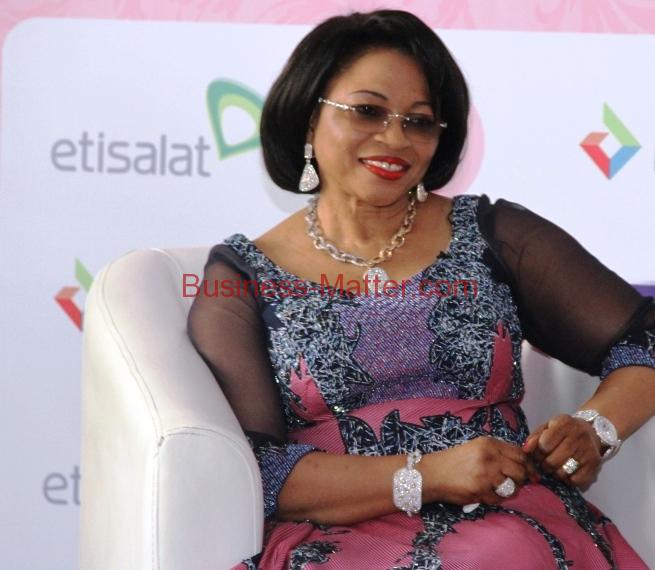 This is One of Africa Iron Lady. Not Iron Lady in terms of wickedness or been stubborn, but her Business Mind and ideas are showing that she does know what she is doing.

Meet Nigerian’s Folorunsho Alakija. She took the 2nd place as Africa richest Women in this rating. She is also one of the newcomers in the world of big money which is Made from Oil production.

Folorunsho Alakija isn’t just an Oil tycoon, but also a fashion designer. Mrs Folorunsho Alakija first appeared in the Newspapers and was noticed by the world, when Billionaires and Corporations decided to buy her oil field.

The Brazilian oil company “Petrobras” owns only 8% of the shares in the Alakija’s oil field, which is situated and located int the Niger Delta Region of Nigeria, and this Brazilian Oil company is aiming to earn $1 billion a year (remember just from 8%).

Through this estimation, you’ll know that 60% of the shares of Alakija cost $7.3 billion, which is making it possible for her to be at the top of the list of Africa richest Women. Of course, this amount is only a calculation, but Alakija could theoretically sell her stake and get money for it, that is, to do what the billionaires rarely do. 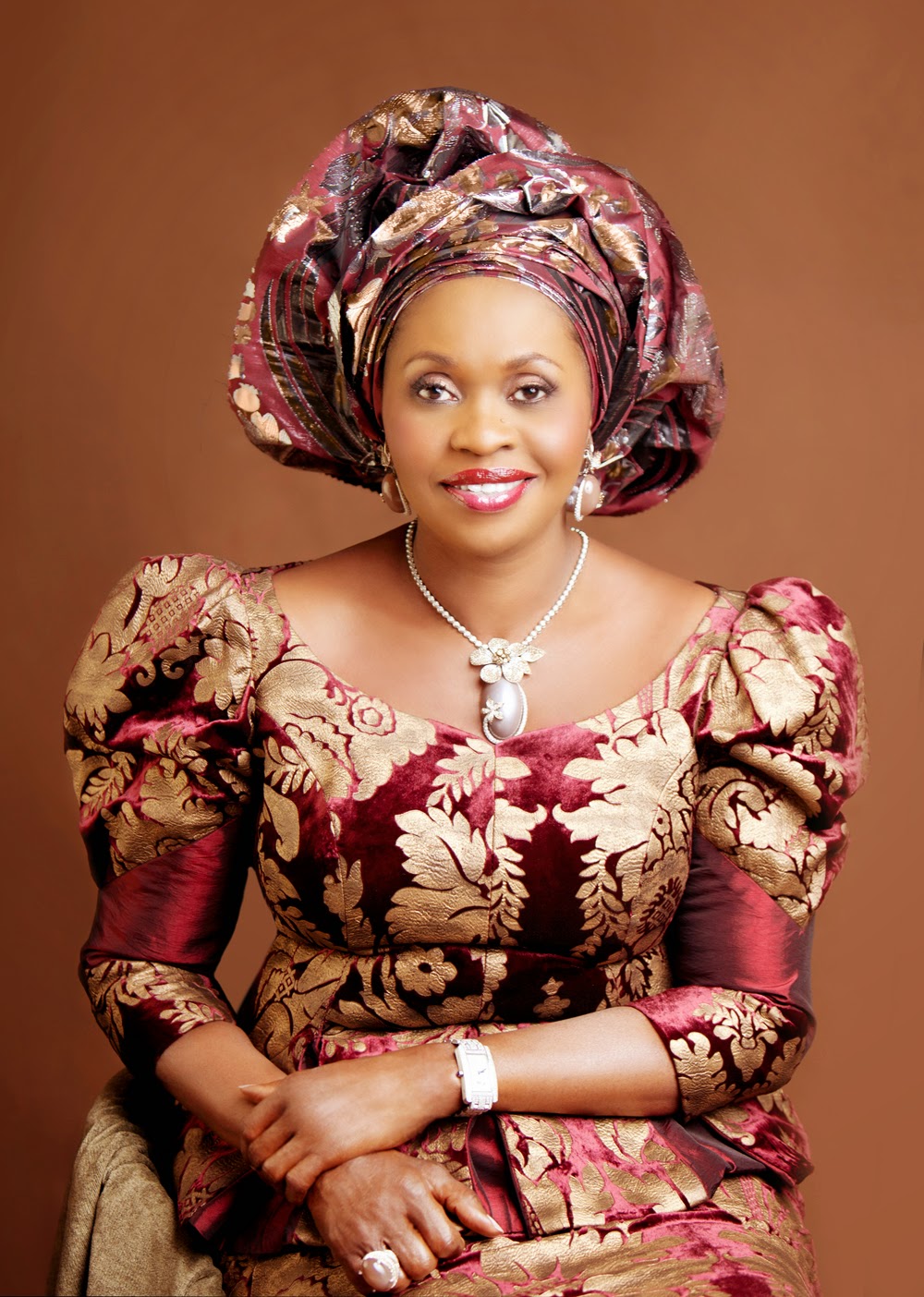 Even her Country people don’t know much about this Secretive Billionaire. Making the List of Africa Most Richest Women is Hajia Bola Shagaya.

Hajia Bola is a billionaire from Nigeria, and like i mentioned above, she’s known by a few Nigerians, who knows about her cleverness and possibility to work really hard. Haija Bola didn’t earn her Money from her rich Parent or got it from an Uncle, she earned everything from the scratch.

Hajia Bola Shagaya started her career being an employee of the Central Bank of Nigeria. However, later in her life, she decided she want more from the business world and decided weighed all the pros and pros and venture into the commercial deals, since 1983.

Hajia Bola Shagaya is well-known in Nigeria due to the distribution of Konica brand production of different photographic materials. From what we discovered so far,We’ve seen that her business experience helped her to start importing and distributing base oil from Nigeria.

From every logical point this Woman is a Billionaire and named as the 3rd Richest in Africa. Hajia Bola Shagaya is the director in one of her many founded companies, Practoil Limited. 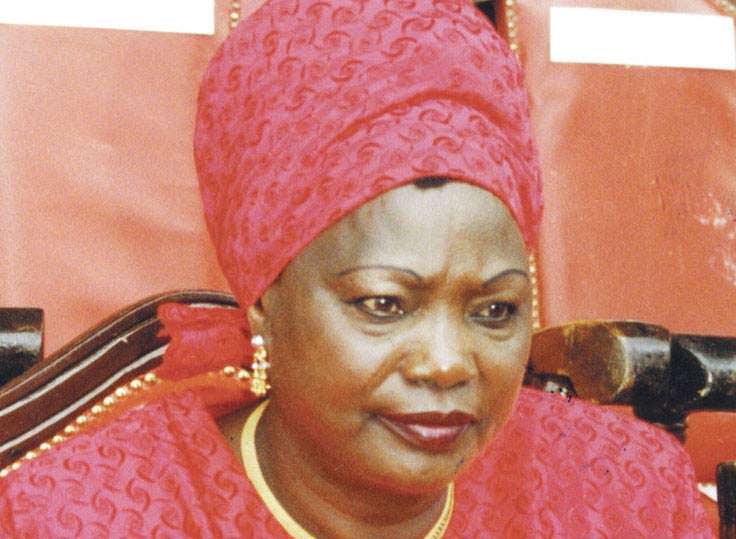 Several portals are claiming that this woman might be the richest woman in Africa, as she is a Daughter of the fourth President of Kenya as well as the former First Lady in the country, since she was the wife of the 1st President.

The Major reason why it is arguable that she might be Africa richest Woman is her tiers with the Presidents of Kenya. it was also disclosed that her family is among the first 10th wealthiest families in Africa. She has succeeded in safeguarding and multiplying her husband investments.

The Kenyatta’s huge Empire consists of different sectors which includes:

The Kenyatta’s family owns Multi Billion companies like Heritage and Brookside Dairies, Commercial Bank of Africa, etc. Just these companies are bringing in hundreds of Millions into her family. 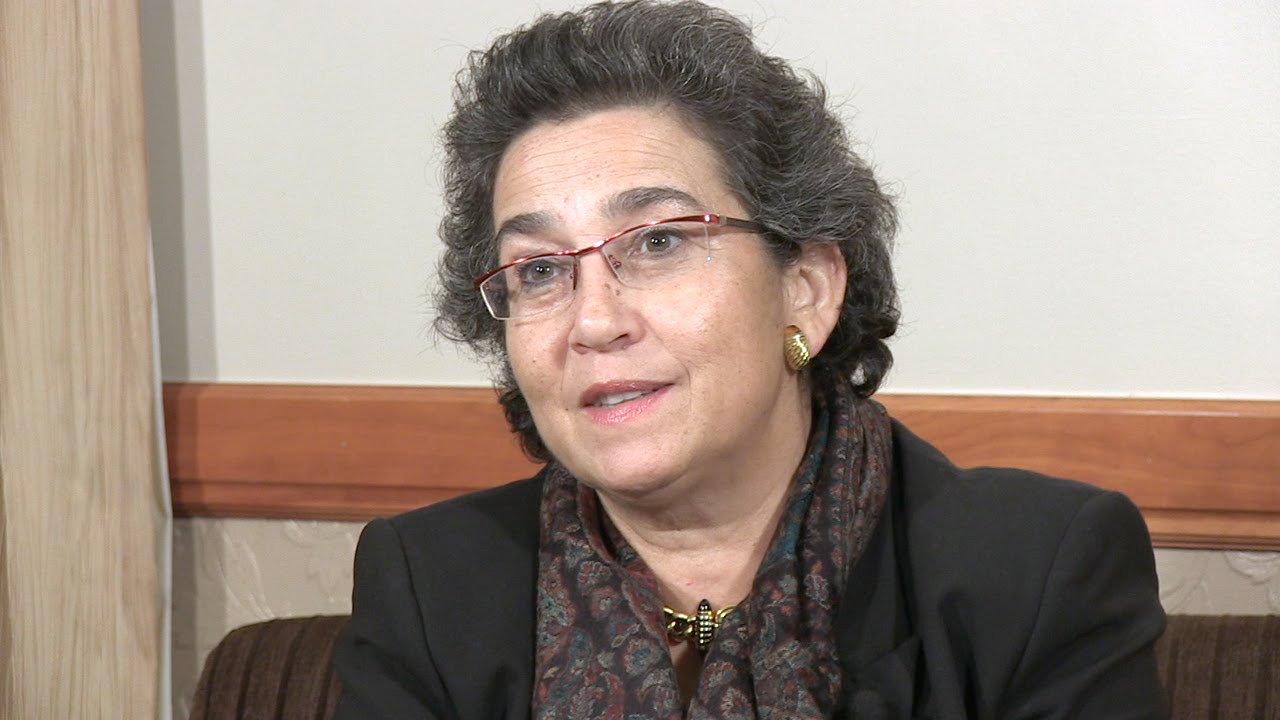 Lastly but not the List is Wendy Appelbaum. Even from the Forbes list of richest persons, you’ll discover that there are two types of rich people.

Those, who are self-made, financially independent people and those, who inherited their wealth from Family sides.

Wendy Appelbaum is the only daughter of Donald Gordon, who is a tycoon from South Africa. Before becoming one of the richest women in Africa, she was a shareholder in one of her father’s foundation, but decided to sell the assets in order to be cash rich.

From selling Her stakes at one of her father’s foundation, Wendy Appelbaum decided with her husband tho purchased famous wine estate. She is also engaged in philanthropy, where it is estimated that she has donated over $23 million to charities organization.