This should have been a human rights advocate issue, involving the Nigerian Police Force and well-meaning Nigerians in power. Because a wedding photo, which usually brings joy and happiness to people, did exactly the opposite, as People have expressed outrage after photos of an underage ”couple” were shared online.

The boy, YES, he’s not supposed to be called a MAN at his age, whose name is Julius, believed to be 11-years-old allegedly got married to a girl named Anthonia on Thursday, December 9, 2021.

Recommended: Relationship counsellor, Did the Unthinkable With a Woman on live TV 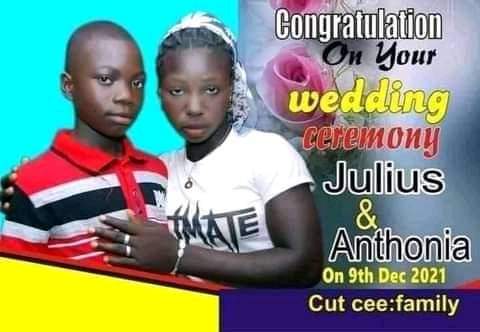 “The wedding was awesome and colorful.
Julius Funom & Anthonia Mihas
HAM (JABA) kaduna state
You must see wonders once the price of ginger is higher.”

A photo of the said couple on their wedding day was also shared online, alongside photos of the calendar which the “couple” shared as souvenirs to their well-wishers who graced their joyous occasion. 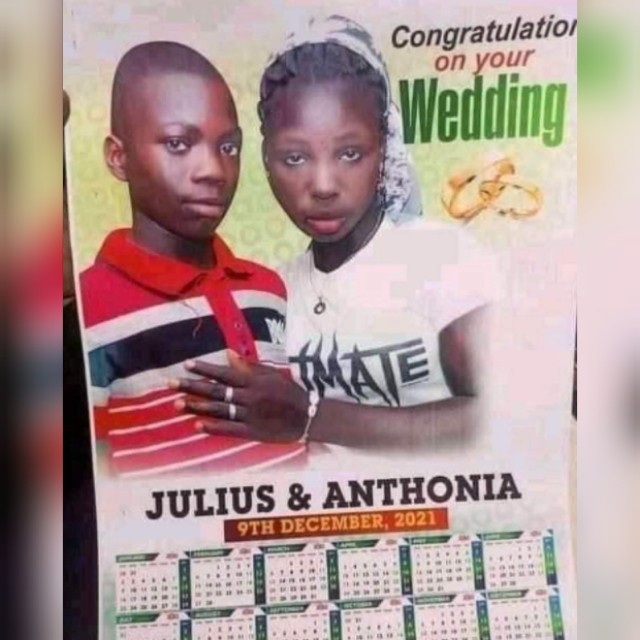 Because of the age of the couple, people are calling for the parents of the children to be arrested, detained, and questioned.