A jailed raρist was horrified and scared to death when he discover that he contracted HIV from his victim, and this is the best blow.

Richard Thomas, 27, collapsed when police informed him that his victim’s medical status, is HIV positive, and he collapsed, when he recovered, the judge asked him to go check his status, and he is now waiting to hear if he has contracted the virus from his victim or not. 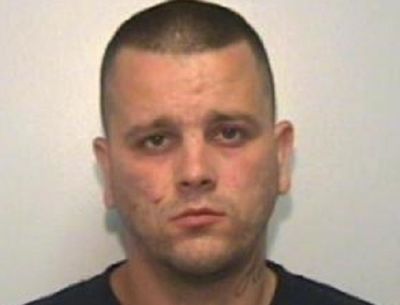 Richard Thomas, 27, did not even faked it, when he collapsed immediately the police informed him, about the woman’s medical status and is still waiting to hear if he has contracted the incurable virus.

Thomas, who lives in Leigh in Greater Manchester, knew the woman before assaulting her, and was aware that she has another illness but was not aware, she was HIV positive.

Immediately he was told and his collapsed scene, he asked to be taken to hospital, Liverpool Crown Court. Here is how the assault took place.

27 years old Richard Thomas let himself into his victim home in the middle of the night and she awoke to find him raρing her. ‘She froze and no words were exchanged, she was extremely shocked beyond words. He pulled up his shorts and left,’ said Harry Pepper, prosecuting.

‘He was arrested and interviewed and said he had been drinking heavily, took cocaine and ecstasy and could not recall the incident,’ he added.

More The Latest
Guys Who Are Asking Babes With Expensive Smartphones Out Are Passing Their Limits – Cynthia
Nigeria Gay Man Busts Into Tears and Cried Out: He ‘made love to me’ and Ran Away To Marry
To Top