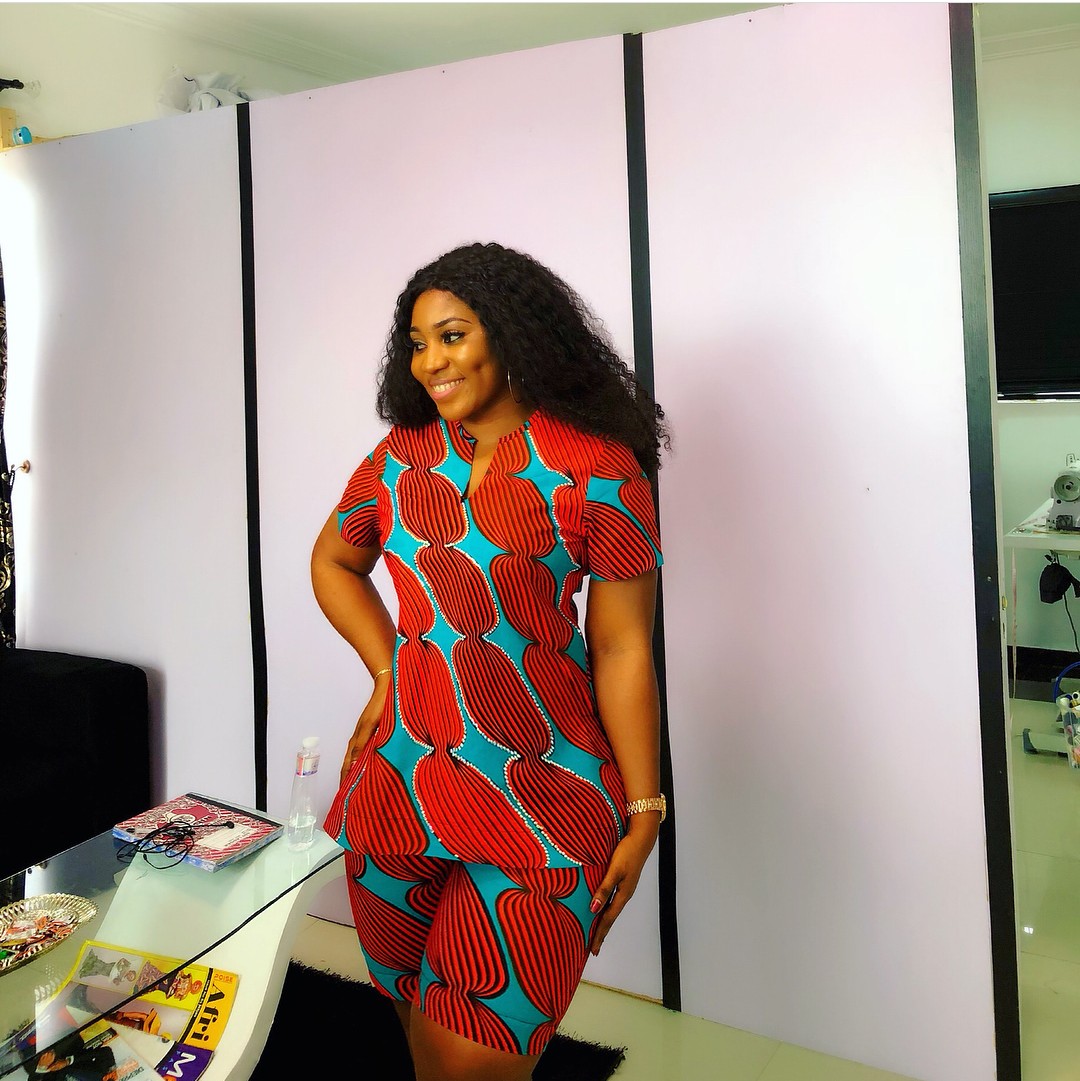 Imagine a car so dangerously Expensive, that Even some of the World richest Celebrities, don’t have them. If you were asked to list the most expensive car brands in the world, I guess you can’t list 10 brands, without mentioning Mercedes Benz.

When more than 80% people see their vehicles or cars as a means of going to their working place, leisure or business, others see it as an object that defines their personality and identity. For these group of people, there is absolutely nothing comparable in the world, which is as precious as their four-wheeled mistress (or the gender-appropriate equivalent of mistress for females).

Who is the Richest Woman in Africa? – Top 5 List of Africa Richest Women! Their Wealth Source Will Surprise You

Although in the 21st century, We discover that while economy class cars are getting nicer, comfortable and roomier, they still don’t match up, or even offer a substitute in terms of power or luxury, when compared to vehicles from dedicated luxury brands known in the world today. Surely, a Ferrari or Lamborghini goes fast, but if your goal is to get somewhere in as much style and comfort as humanly possible, then a sports/super car isn’t the way to go.

Also Read: Inside View of the Most Expensive Hotel Suite in the World

Car brands like the Cadillac, Lincoln, Lexus, BMW and Audi are great bets (not the first two if you live in a cold climate mind you), but there is something about Mercedes-Benz products that makes them stand out. They are synonymous with being able to provide luxury and comfort with an engine that can last a long time, which you can also trust. Imagine the Mercedes G-wagon series, which almost all celebrities have in the world. Celebrities, ranging from sports, actors/actress, musicians, Business tycoons, etc. Boost of having a G-Wagon in their garage today.

Along with being great cars today and also known for providing luxuries cars, there are some Mercedes-Benz models that are among the rarest and most sought-after vehicles out there. Here is our list of the most expensive and valuable cars from the Mercedes Benz Brand.

Starting from Number 10, we have the:

Talk about beauty and at the same time, Beast. Talk about speed and same time, Control. When it comes to Beauty, Speed and sleek looking cars, the C112 Concept, Vision SLR Concept, AMG Vision GT Concept is the best.

The C112 Concept was the masterpiece creation of Mercedes-Benz in the early 90s. This sleek looking car bares some notable aesthetic similarities to the McLaren F1 supercar which was revealed shortly thereafter. Although this product never entered full production, despite there being some significant demand and potential buyers. The 6L V12 produced a bit over 400 horsepower with a top speed of over 190 MPH 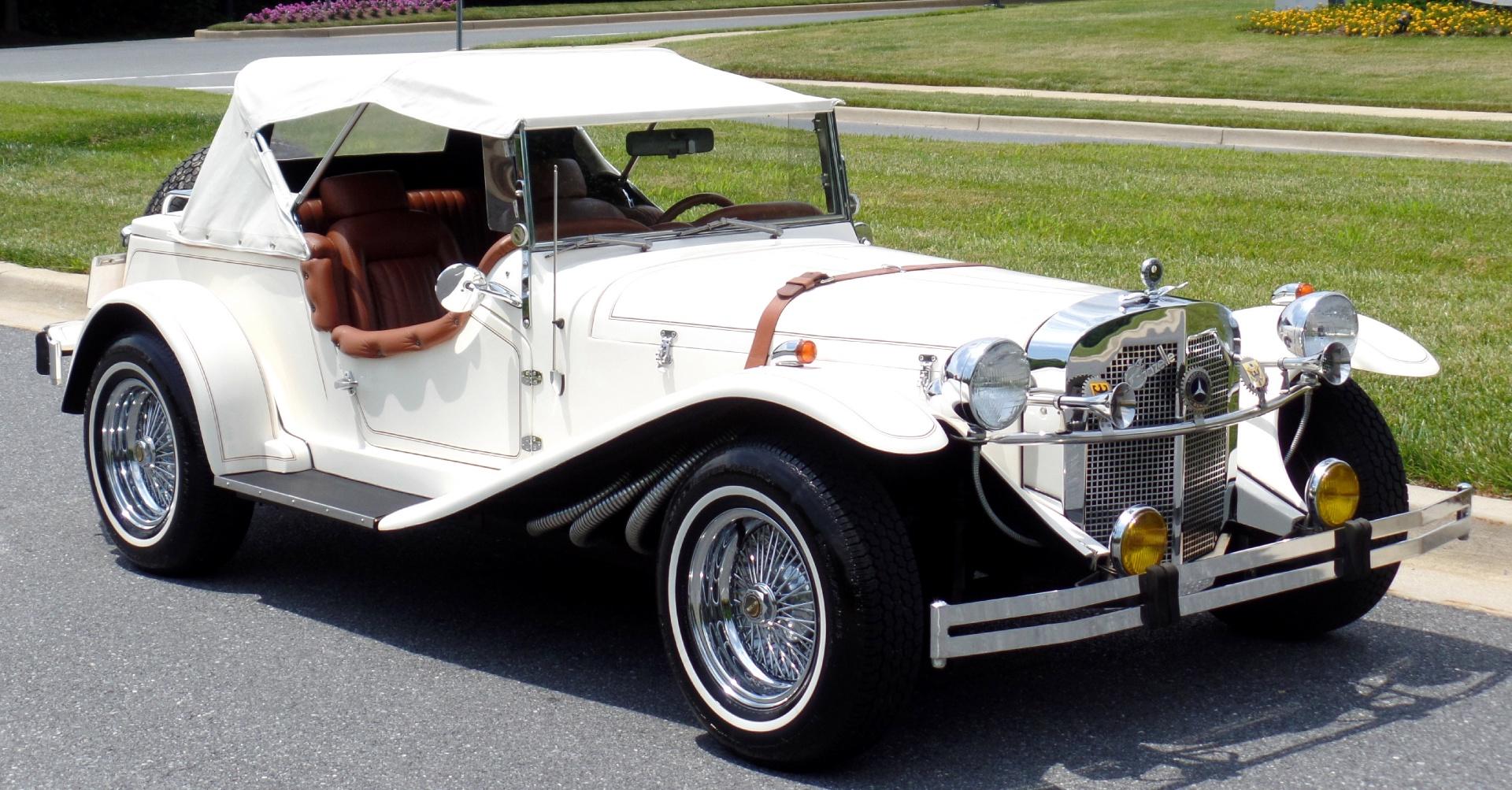 When it comes to classic, Vintage vehicle and one of the most expensive in the world, You’ll get to mention the 1929 SSK Roadster from Mercedes. The SSK is a two seat sports car, which was produced from the late 20s up until the early 30s (1930-1939). This model from Mercedes is the first of two on our list. The SSK was one of the most successful racing cars during it’s time and is very scarce now, with experts estimating that there are only about five left in the world today.

This particular picture above, was taken, when one of the 1929 SSK Roadster was sold in Paris for just over $3.3 million back in 2004. This vehicle, with its 200+ horsepower straight six engine and impressive racing record, is considered one of the best cars of the 20th century, and judging from it’s price today, among the most expensive vintage cars in the world. 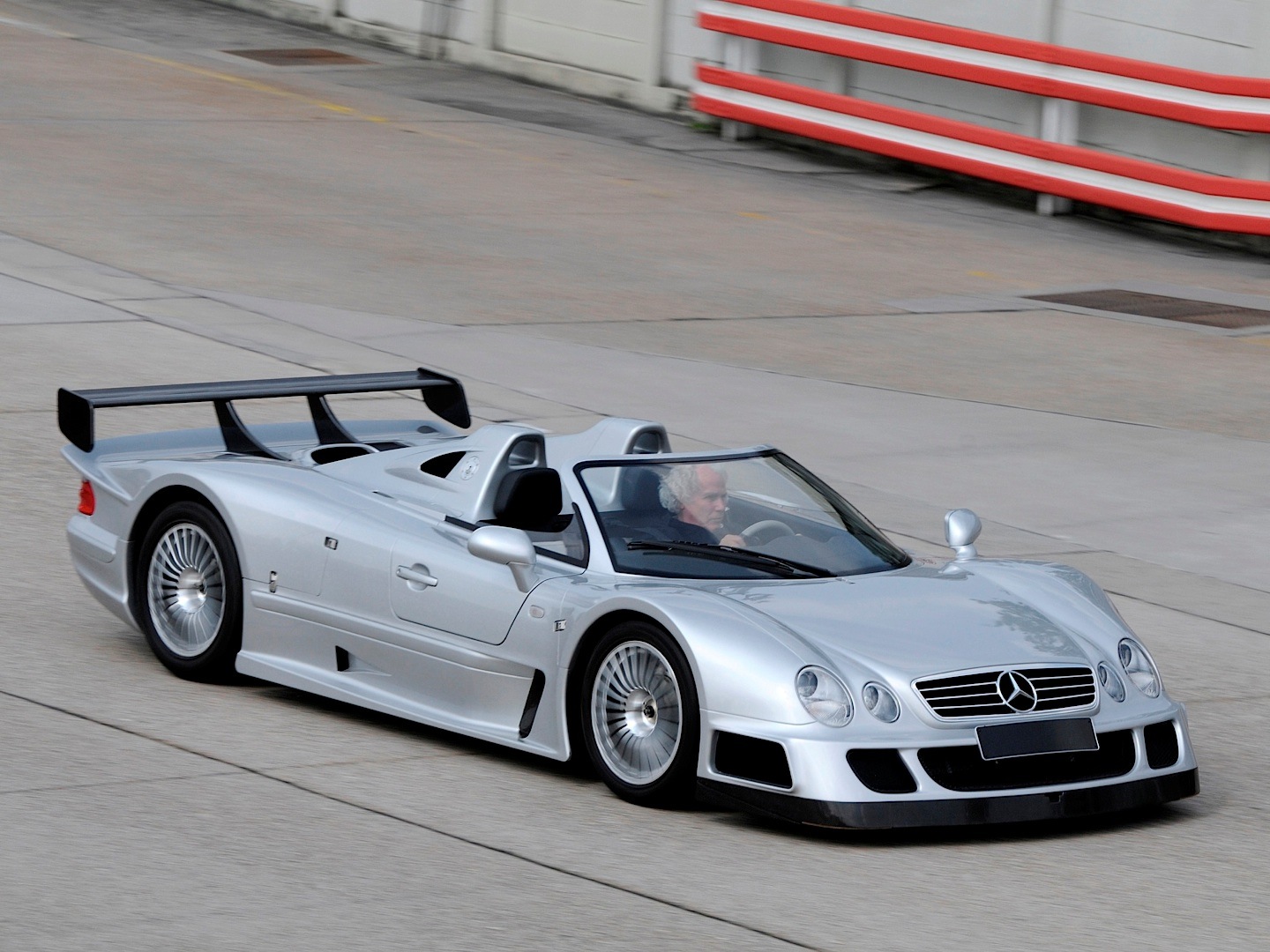 Taking 8th position, is the 2002 Model, the CLK GTR AMG Roadster from Mercedes-Benz. This Model is superior to it’s predecessor, which was originally known as CLK GTR.

To all fans of Mercedes products, there is absolutely no need to explain to you, that anything with the letters AMG in it, refers to Mercedes-Benz AMG. With it’s high-performance, juiced up company that takes Mercedes cars and puts them into “beast mode”. Racing and street versions of the CLK GTR were produced and they all look roughly the same and perform at an amazing level.

However, this models do have some amazing and significant tweaks and mods under the hood. The original CLK GTR was valued at around $1.5 million, but the upgraded AMG edition, which came out in 2002, is estimated to cost about $3.5 Million today. 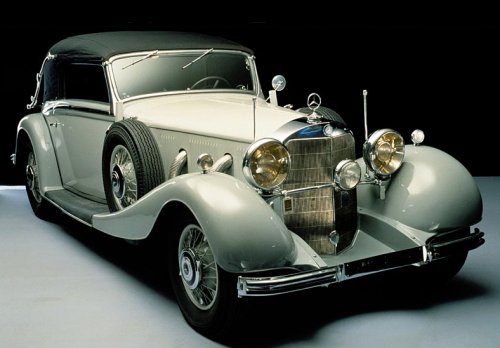 Positioning itself at 7th, is the 1935 500K model from this brand. This vehicle, which was built between the years 1934 and 1936, was back then, recognized as being a luxury and performance model for its time. During the 1930’s, the 1935 500K model was considered among the most comfortable rides in the world, and only a few hundred were actually produced by then.

Due to its luxury and its rarity in our today’s world, back in 2011, one of these old beasts sold for about $3.7 million in Monterey, California. Where we’re sure the buyer will be keeping it for generations to come. 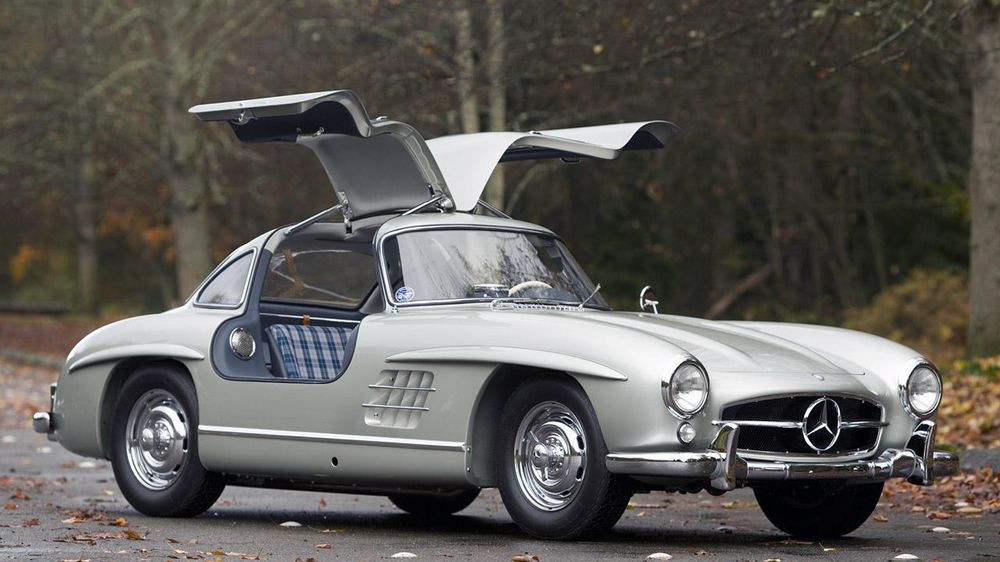 The 300 SL came from the Mercedes-Benz shop. This car, which was initially and originally a race car, just like a few other cars on this list. However, Production of that variant took place between 1952 and 1953, while the production models were made between 1953 and 1962.

Unlike other cars on this list, about a thousand or plus were made, and there are obviously very few left in the 21st century. This masterpiece features gull-wings (on the coupe model, not the roadster, obviously) and according to history, is said be the fastest car in the world between 1955 – 1960. 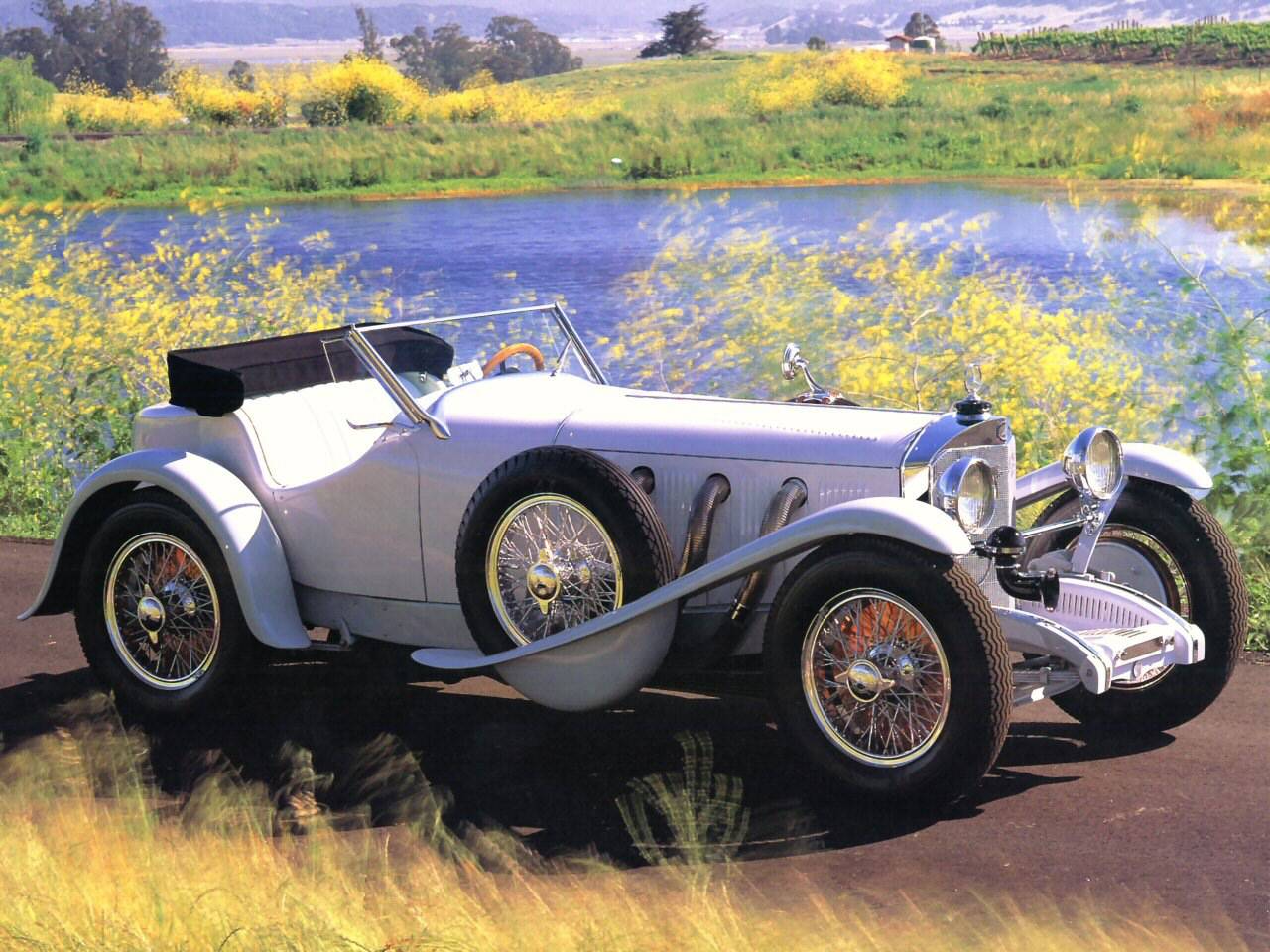 The fifth car in the list of Mercedes Most expensive vehicles is the 1929 38/250 SSK model. Long name right? Well, the price alone makes the name much beautiful to me. This car is a slightly different variant on our number eight and was sold by British auction house Bonhams, over 13 years ago, back in 2004. As I previously disclosed, this particular car was an engineering phenomenon at it’s time, and was very successful in racing at the time.

Judging from these fact, it is very understandable why it was so unique. With so few left over in the world today, it is no wonder that these cars sell for so much at auction, and the price will likely continue increasing as the year runs by. 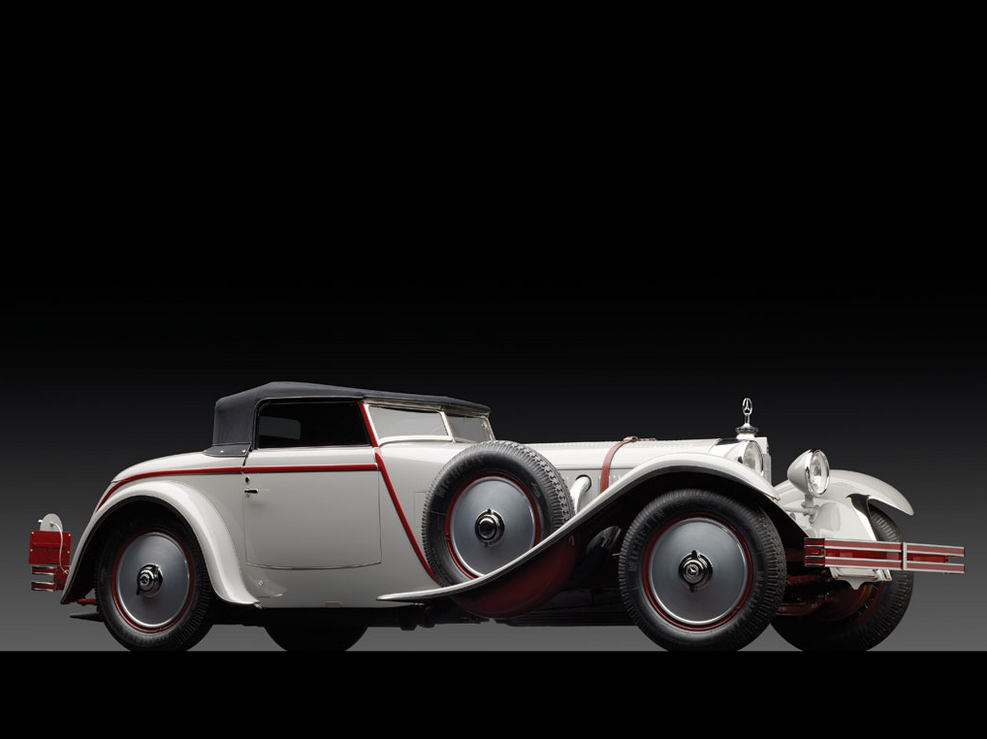 The 680 S Torpedo is a beautiful looking car. And adding to it’s impressive allure of this model, only twelve bodies for the vehicle were actually produced by Saoutchik. In short, this is an obscenely rare car. In the year 2013, it was sold by Canada-based RM Auctions in California for $8.25 million dollars. 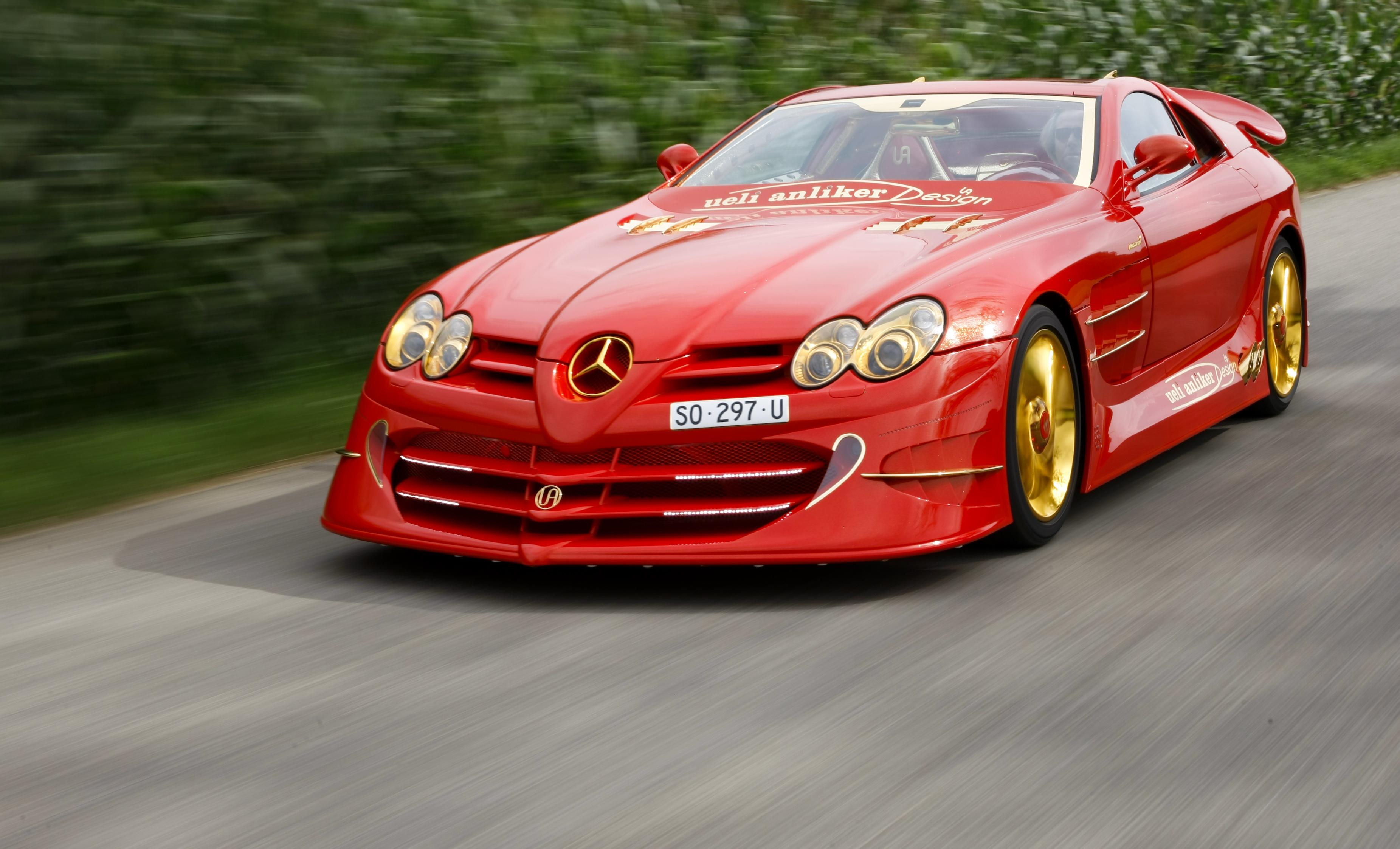 Taking 3rd position as Mercedes-Benz Most expensive car of all time, is the 2011 SLR MacLaren Gold Dream. This car come with some out of the world features, which put it in this list of most expensive vehicles in the world today.

So you are among those who think rappers tossed money at silly, golden nonsense! Well, after meeting with Swiss entrepreneur Ueli Anliker, You’ll know rappers are tight-fisted brokers. Swiss Entrepreneur, Ueli Anliker bought a 2011 SLR and threw paint and gold at it, which in turn, turned this car into something as beautiful as it is ridiculous.

The paint is not your average paint, NO, it contains gold dust, and the headlights and wheels are both coated in gold.

The internal knobs and instruments are all jeweled or involve gold and rubies. All told, the car took 35 people 30,000 man hours to complete. The engine received some upgrades and tuning, and the car had a top speed of about 210 MPH. Back in 2011, when the entrepreneur, Anliker was trying to sell it. It is unclear whether he sold the car, but he was asking for $10 million Swiss Francs, which would have been roughly $10 million USD.

This model has similar design like the 500K, which is the 7th most expensive Mercedes-Benz car. The 540K is a popular auction piece these days, due to the fact of it being an impressive feat of engineering, a car that was sought after during it’s peak.

The 1936 and 1937 540 K Spezial model comes with it’s own unique and classic look. Till date, this car remains a very luxury and comfortable ride (only a selling point for people who actually drive them).

These models were produced between 1936 and 1944. It was a very similar model to the 500K but had an upgraded engine which produced a bit more speed, and do have a larger room and space.

You should also know that this models do have a limousine version, a coupe version (4 seats) and a two seat cabriolet variant. While these cars are very popular at auction houses, and several have sold for decent sums of money over the last couple of decades, the highest two were actually bought in California, in 2011 and 2012. The 1936 model, which was sold in 2012, is the 12th highest price paid for a car at auction ever in the world. 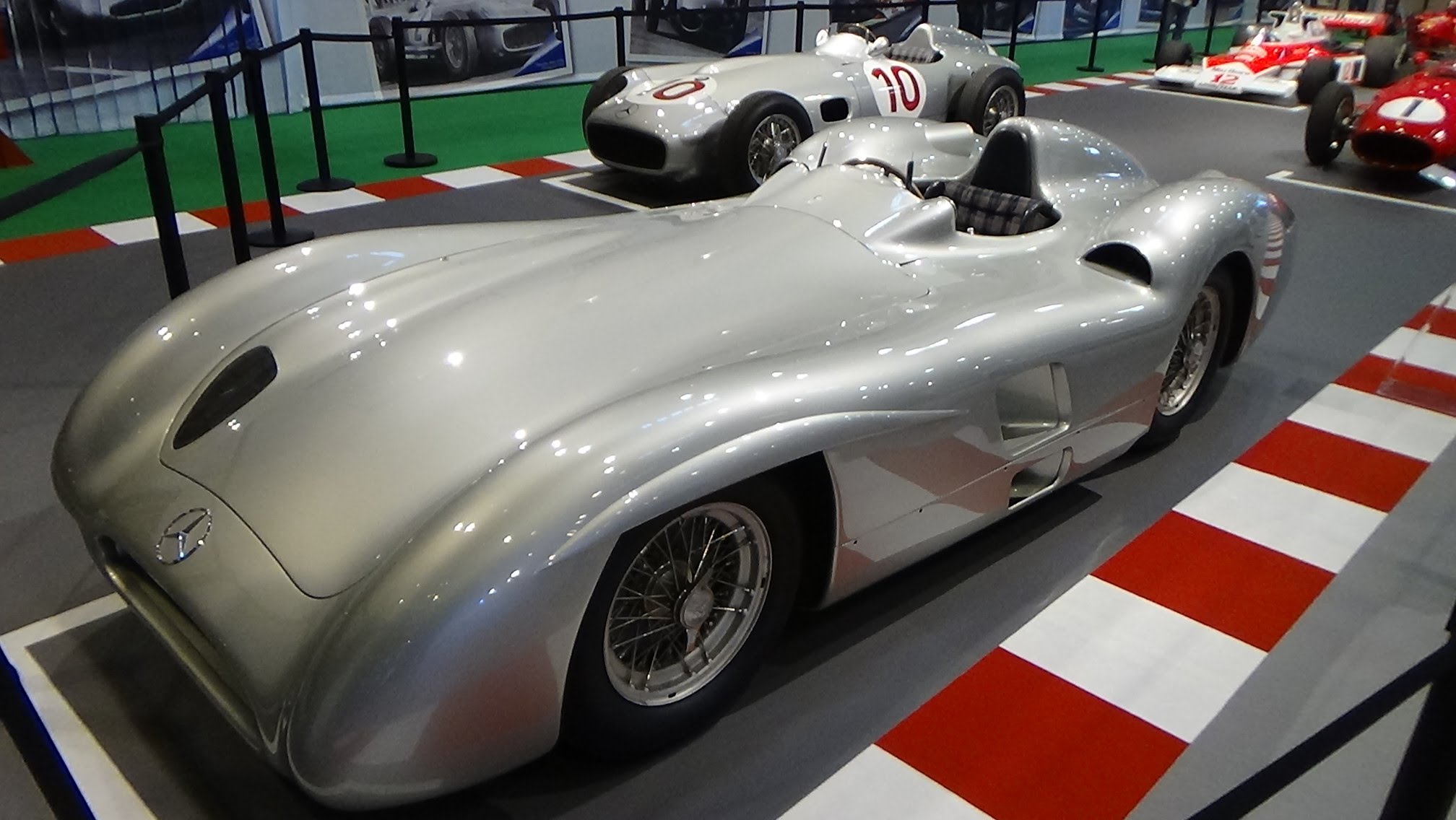 Taking 1st position of the Mercedes-Benz Most costliest cars of all time, is the W196 1954. This model, the W196 was one of the most successful racing cars of its time. The production of this car was produced in the early 50’s, and competed in the 1954 and 1955 Formula One seasons, winning nine of twelve races and two World Championships (You can’t beat that!)

The engine featured technology that was based on the Messerschmitt 109 plane of World War 2.

In 2013, The Bonhams sold one of these vehicles for nearly $30 million, which is the second largest sum for a car at auction in history of the world.