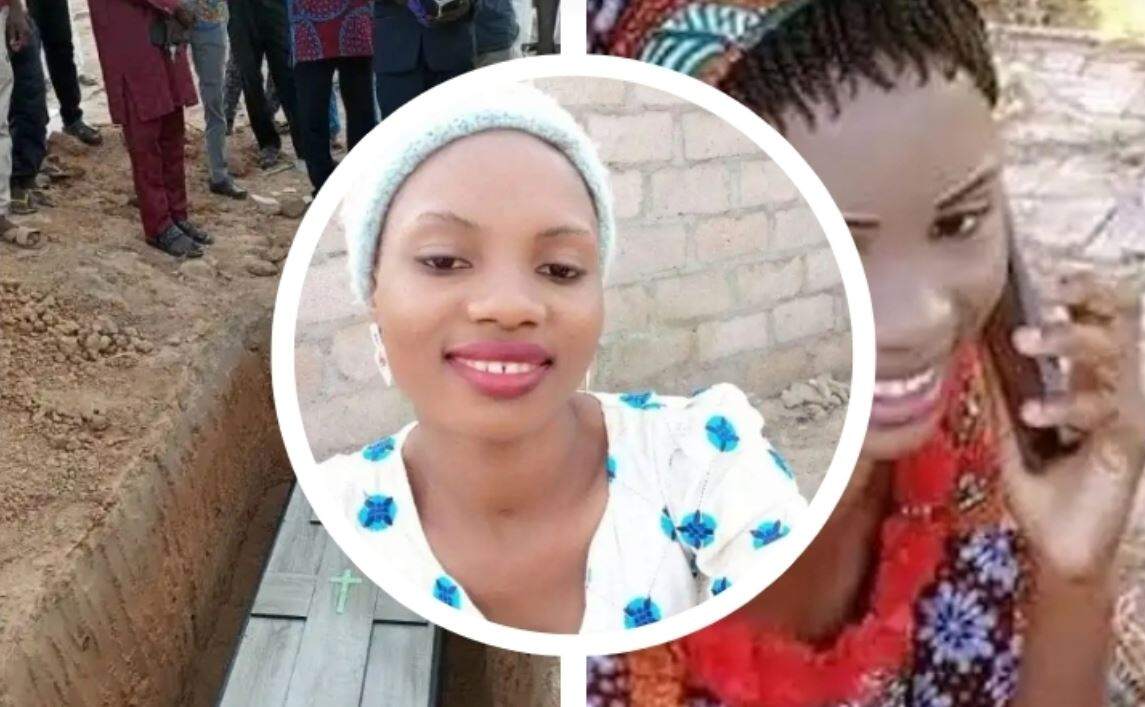 Things Fall Apart, and Sokoto is the centre where it’s all going down. The person who created the Whatsapp group that led to Deborah’s death never knew that one small group would shake the nation to it’s core. When creating this group, which was created specifically to help students of this particular course get the latest school updates, news, projects, assignments, etc, is the cause of mayhem, death and burning of buildings in Sokoto state.

There has been ceaseless outrage, both within and outside Nigeria, over the killing of a Christian female student, Miss Deborah Samuel by a mob in Sokoto on Thursday over alleged blasphemy. Both the British Government and the Christian Association of Nigeria (CAN) are speaking out loudly, calling on the Nigerian federal government to bring the perpetrators to justice.

The President of Nigeria, Muhammadu Buhari recently directed a probe into the incident even as Muslim clerics share different views about the killing, and the justification. One of Islam’s most popular clerics in Nigeria, Sheikh Gumi shared his view and it’s already going viral.

It all started when Deborah Samuel, a 200-level student who till the time of her death, was studying Home Economics at the Shehu Shagari College of Education in Sokoto. Deborah was on Thursday, purported to have made a comment on her school’s WhatsApp platform which her Muslim colleagues considered blasphemous to Prophet Mohammed (SAW) and beat her to death, before setting her corpse ablaze. There are videos that clearly shows how this act was carried out. (Barbaric and I won’t be sharing the video here.)

Untold but TRUE Story WHY Deborah Samuel was Lynched – CourseMate.

What Led to the Killing of Deborah Samuel?

A student of the Shehu Shagari College of Education who pleads for anonymity said she witnessed how Deborah was flogged, killed, and burnt right there inside the school ground.

The witness described the scene as the most horrible she has ever witnessed. The student gave an account of how the voice note of the 25-year-old student degenerated into an uncontrollable situation that led to her untimely demise at the hands of her coursemate and later, joined by other students of the institution.

The student who was visibly shaken by the incident, even though it’s a few days after it occurred, said and I quote below:

“Deborah was my course mate. I just stepped into the class when the uproar on her voice note started.

It was our own coursemates that started the issue and that was where everything escalated. One of them said Deborah dared them by refusing to apologise when she was asked to apologise for sending her voice note.

How it all Started.

This was how the little misunderstanding that led to the death of Deborah started. It all started with a debate on the upcoming examination for this academic session on a general WhatsApp platform created for our coursemates. One of the students asked her how she passed the last semester’s examination and in response, she said it was ‘Jesus o.’

“Immediately, about three other chats came in from two Muslims and one Christian from the same Whatsapp group, telling her to retract the statement. Two students from other departments who overheard some Muslim boys discussing the matter told Deborah’s close friends to prevail on her to retract the statement. But she replied via a voice note on the platform ‘Holy Ghost fire. Nothing will happen to me.’

Is it by force that you guys will always be sending this religious stuff to this group? The group wasn’t created for that but rather as a notice on tests, assignments, exams, etc, not these nonsense religious posts’

“We were made to understand that some young men were brought from outside before the outrage started. I was in class when some of our coursemates rushed in, saying ‘there is fire on the mountain o’.

“The Muslim students led the strangers into the classroom, looking for Deborah. In fear, some of her fellow coursemates who were in the classroom tried to help her escape and took her to the security post from where they hoped to create a way for her to run outside. There was already a cab waiting outside to drive her straight to the police station. Sadly, she could not make it out of the school security post, because the mob overpowered everyone who tried to save her. They even threatened to kill anyone who attempted to stand in their way to protect her.

Her last word as she Pleaded for Mercy

Deborah was dragged out by the strangers, with support from some students gathered around, where she was flogged and stoned. The last word in her mouth was ‘what do you hope to achieve with this?’ By then some of our coursemates were making calls to some of our lecturers to come and salvage the situation and see if she could be spared.

When the situation got out of hand, every single Christian student fled the school premises to avoid getting attacked. It was when I got home that I heard she was set ablaze. Since the incident, I have been having a flash of her pleading expression. She pleaded for mercy and called out for help, but help was not forthcoming. What a cruel way to die,” she said.

Christian Association of Nigeria (CAN) kicked against the mob action and is calling for justice.

Update on Deborah Samuel: She Has Been Laid to Rest (photo). 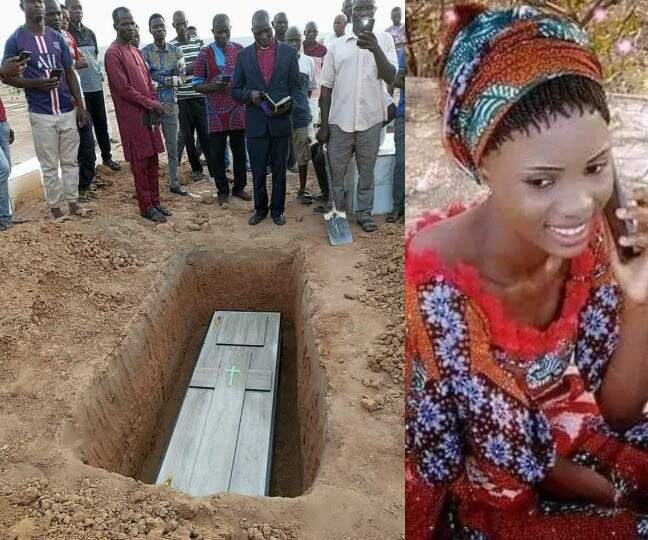 The remains of Deborah Samuel were laid to rest amidst tears on May 14th.

Her remains were laid to rest in her hometown, Tungan Magajiya in the Rijau Local Government Area of Niger State.