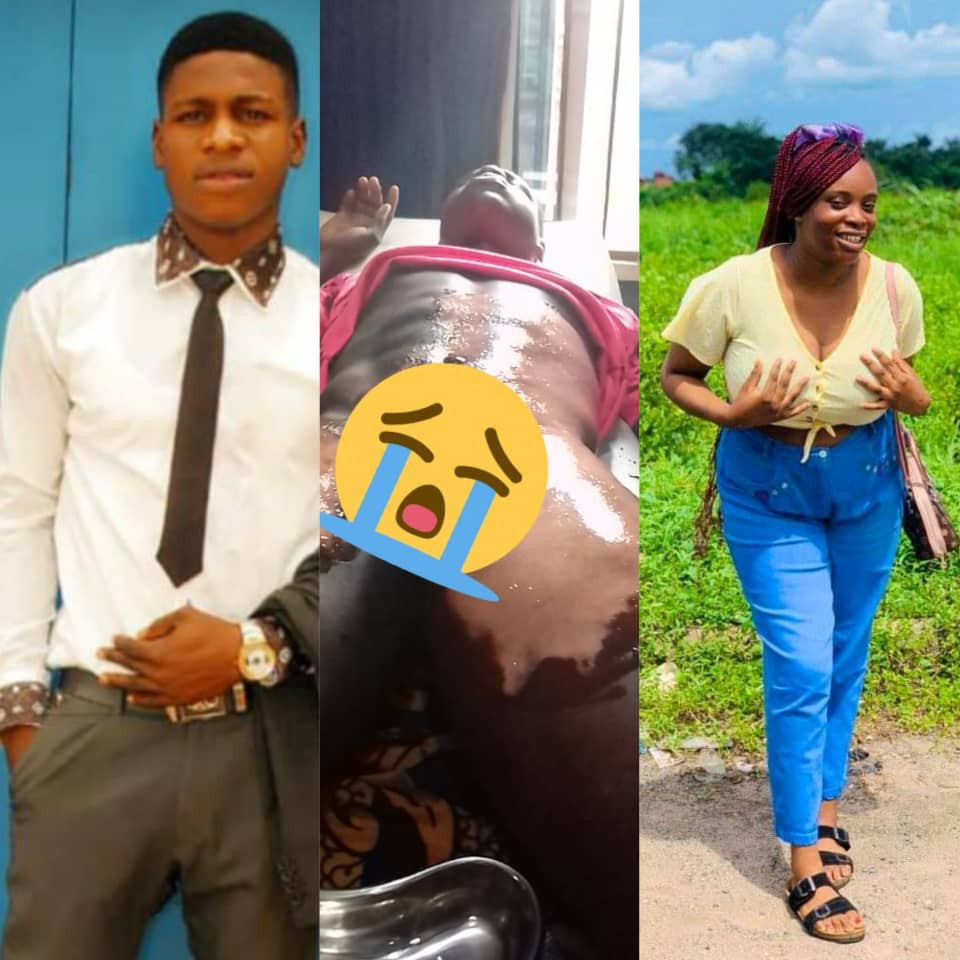 Surprised? Yeah, you read that right. A 300 level female student of the Federal University of Technology, Owerri (FUTO) poured hot water on a 400 Level male student because he refused to open the door when she knocked!

Yes, she threatened to pour hot water on him and did actually keep to her promise by destroying his genitals. She knowingly directed the hot water there and it was successful.

The Imo State police have arrested Miracle Ogochukwu Chiagoziem, a 300-level student of Federal University of Technology Owerri (FUTO) after she poured hot water on her colleague, Wisdom Uchenna Chukwuemeka, a 400 level student of Geology department who lived in the same hostel as her.

The 300 Level female student named Miracle, reportedly threatened to pour hot water on Chukwuemeka at their hostel which is situated in Eziobodo on Thursday afternoon, November 4th, 2021, because he didn’t answer the door after she knocked to ask for toothpaste.

The issue is that as this time of reporting, we don’t know whether he borrowed the toothpaste from her, or she bought it for him.

Miss Miracle, according to eye witnesses, said she created a scene in front of Chukwuemeka’s door even though he had company, before returning to her room angrily.

However, after the brouhaha she caused in front of his door, Chukwuemeka went to confront her and ask her why. Their argument became violent and she ended up emptying a pot of hot water on him.

After pouring the hot water on him, he was rushed to the Hospital. He’s currently hospitalized, severely scarred. The water was targeted at his private part and now his genitals are completely peeled. He is currently at risk of missing his entire exams for the current semester which may result in an extra year for him because of not answering his door on time and not giving Miss Miracle, the toothpaste she asked for.

Married Woman Took Her Husband Money and was Caught! Her Reason is Hilarious